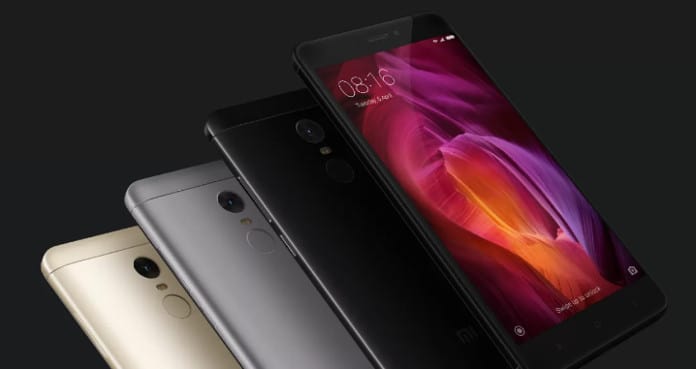 Xiaomi notified existing users of its mobile phones this week that it launch a new device on January 19, 2017. Xiaomi’s most successful line of phones has a new member in the form of Redmi 4. The device was launched today.

Xiaomi has listed the Redmi Note 4 mobile on its official store i.e. Mi.com and the online retailer Flipkart. The Chinese behemoth has introduced 3 variants of Redmi 4. Each device costs beyond Rs 9000, support VoLTE, 4G-LTE and has an advanced graphics processor and latest Qualcomm SoC.

The Redmi note 4 design is similar to Xiaomi RN3 mobile which was the company’s most successful handset for 2016.

The mobile features a shiny metallic cover that flaunts an MI logo, a fingerprint reader located below the phone’s LED flash and rear camera module.

Three color variants of the latest Redmi mobile will be available for purchase for a price starting at Rs 9999.

The Xiaomi mobile will provide superb battery backup. The battery capacity is not the only reason for the same. RN4 features Qualcomm’s power saving octa-core Snapdragon 625 processor based on a smart design.

The phone comes with Adreno 506 650 Megahertz GPU which comes with support for the newest graphics libraries which include OpenGL, Direct 3D, etc.

The Xiaomi Redmi 4 is a multitasking beast, thanks to its 4GB RAM module and 2.0 GHz clock speed of the processor which results in faster calculations (processing).

I own a Redmi mobile which has an old generation Sony sensor. The mobile has now become outdated but its camera can give today’s mobile devices a run for their money.

Xiaomi Redmi 4 has a new generation IMX series Sony 13-megapixel CMOS sensor with BSI technology and PDAF support at the rear. Hence, the images and videos captured with it will look natural.

MIUI is a fascinating Android ROM. I’ve been using MIUI for 2 years. I haven’t faced any major issues with it.

Xiaomi has added a plethora of features to the MIUI ROM. It has built in Android antivirus, junk cleaner, and more. Xiaomi Redmi 4 runs on Marshmallow OS. It will get Android Nougat update for sure.

The Xiaomi Redmi 4 phone has a 5.5-inch display with a great contrast ratio of 1000:1, special reading mode, full HD resolution.

The Redmi 4 is a bit heavy as its weight is 165 grams. The mobile has an average thickness of 8.45 millimeters. It features the following seven sensors: