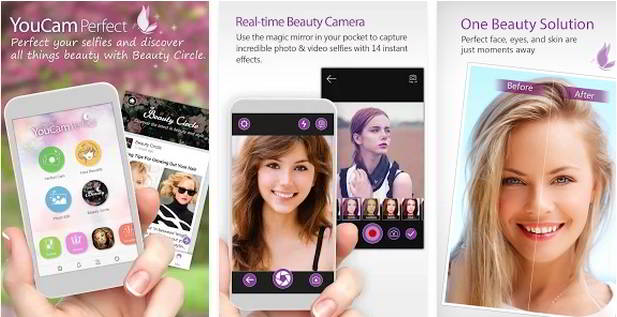 Adding a front camera to a smartphone was one of the smartest move ever in the tech world. This feature has helped people to express themselves in a better way with self-images aka selfies. Front camera of a mobile device is useful in many ways.

TV reporters have started using their phones for reporting to their respective channels. As they use a selfie stick, reporters don’t have to take the camera operator along with them.

Celebrities don’t have to depend on news reporters. To make photos viral on the internet or to be in the news, smart celebrities will capture selfie pictures, and they’ll upload it to their social profiles.

Apart from selfies, the front-facing camera also allows people to use LTE or 3G video calling feature on their phone. Thus, people can easily take part in a group discussion or conversation.

Many social networking websites allow their users to upload a DP picture. While some people will use a group or family photo, more than 80% of users will use their selfie photo.

To take a perfect selfie, you need a 1.0+ MP front camera equipped phone and an app that supports various photography modes and filters. If your handset meets the 1st requirement, install any of the below best Android selfie apps to capture excellent self-portraits.

Developed by Line Corporation, B612 is the most popular app for taking high-quality selfies on phones and tablets. It has more than 45 million users.

B612’s highlighting feature is its random filter which has been designed for people who are confused in choosing the right filter. You can use B612 to capture short videos that have a length of up to 6 seconds. This app supports the rear camera.

Users can switch between the rear/front cameras using the swipe gesture on their touchscreen phone. B612 includes a self-timer function. It is compatible with selfie sticks. It has sharing utility with which you can post your selfie on your Facebook timeline, Twitter profile and the popular image sharing website Instagram.

This app works only on devices running the Android Ice Cream Sandwich and higher OS. You can also install it on your iPhone or Ipad/iPod Touch with IOS 7, 8 or 9.

Frankly speaking, there’s no app like YouCam on the app stores of Google and Apple. This application comes with its social networking feature where people can discover new trends in beauty and style. It features exquisite real-time filter system that will enhance your look in selfies.

You can also record short videos via YouCam. This app can make your camera focus on multiple objects at a time. Thus, it can be used in capturing group selfies. It has filters that can easily remove lines, dark circles that make you look old.

YouCam includes a tool that will make your body look thinner. Like many other top camera apps, Youcam includes a collage maker tool. It also has a utility to add frames to selfies.

Unfortunately, B612 and YouCam selfie apps are available for download only for iPhone and Android users. If you’re a windows phone owner, don’t be disappointed! Microsoft has developed a selfie app for the people who have bought the devices powered by their mobile OS.

Well, I’m talking about the Lumia Selfie app which has some useful tools. It has a utility to whiten your teeth, improve color tone, contrast, brightness and enlarge your eyes.

Lumia Selfie has an auto mode in which the phone will take a picture automatically only when the user is ready. This is a useful feature as you don’t have to set time. This app supports both cameras on your phone. It has filters along with some fresh and refreshing photo effects.

You might be wondering why I have shared just three apps in this article. The answer is simple! I don’t want to confuse the readers by suggesting a lot of apps. Install B612, YouCam on your iPhone, iPod Touch or your Android device and start taking perfect selfies.

Note: Make sure that you don’t take a selfie with a wild animal. CNN has recently shared news on a woman who was tossed like a pizza dough by a bison while she attempted to capture her picture along with the animal. Selfies are good for self-esteem. But make sure that you take them safely. Don’t risk your life!