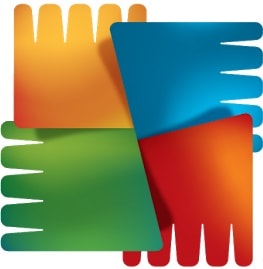 A virus is a malicious program that loads itself into the main memory of your computer or smartphone. It then executes a task to damage the critical OS file data and crucial system services. Some viruses will track your activities, and they’ll note down the words that you type on the keyboard.

Whenever internet connection is available, the collected data will be automatically sent to the virus developer. To make sure that your passwords and important files on your Android mobile device are secure and your online activity remains private, you should install a good antivirus app. Several antivirus apps with inbuilt security features are available for phones and tablets.

Today, we’ve shared the best Android antivirus apps that you can use on your mobile phone for free. The applications here will continuously monitor your system processes. Thus, they ensure that every byte of data on your phone is secure. Here’s the list:

Lookout mobile security app will continuously scan your Android device to keep adware, viruses, and other malicious programs at bay. When it finds any suspicious process, the app will either kill or quarantine it. Lookout Security & Antivirus has phone tracking feature.

If you’ve lost your phone, you can easily find it if you are an active user of this app. Lookout app monitors website, app login and other important activities of a user.

If a user enters the password three times incorrectly, this app will send an alert to phone owner’s email address automatically. Lookout security is one of the best Android antivirus apps for 2017.

This product from Avast is one of the best Android antivirus apps for phones and tablets. Along with the ability to continuously monitor your files automatically, this antivirus app offers the below features:

The free Avast Android antivirus app ships with a powerful firewall tool. To use the firewall, you must root your phone. The app comes with a special feature called web shield that ensures antivirus real-time protection when you’re browsing the web.

Avast offers a WiFi speed test utility. It has a privacy advisor function and an option to speed up phone charging. The app allows users to manage app permissions.

360SA is yet another widely used Android antivirus app. It can find and remove various types of virus and malware file from your mobile device. The application comes with the powerful one tap phone booster tool that frees up RAM and makes your mobile respond faster. 360 Security can also find and remove junk files from your system.

The Android antivirus application packs a battery saver utility. It comes with a smart anti-theft tool through which you can erase your data from a remote location from the desktop or mobile phone browser. Like the AVG antivirus app, 360 Security features an app lock tool. It offers real-time virus protection.

When you install this application, you don’t have to worry about your privacy. The app’s smart antivirus engine will remove threats in real-time. CM Security comes with a safe browser tool through which you can surf your favorite website safely and download files from them.

The Android antivirus app can hide private text messages and apps. It has intruder selfie feature. It can scan SD cards, apps, and system files to find virus infections.

AVG has over 7 million downloads. It has many 5 star ratings in the Google play store. This free Android antivirus app comes with the below features:-

The AVG Android antivirus app features a powerful real-time virus scanner. The application enables users to find and stop processes that are consuming plenty of RAM and slowing down your device. AVG provides password protected vault feature through which you can hide photos and videos from other users.

AVG monitors the system continuously with a powerful algorithm to make sure that the user doesn’t open a phishing URL. It features a powerful app locker utility. The Android antivirus app lets users locate their mobile device on Google Maps.

KS’s antivirus app has over 100 million users. The application has a superb interface and a powerful antivirus engine. It runs in the background without affecting the performance of other processes to make sure that you don’t download malicious files or open harmful sites.

The Android antivirus finds and deletes viruses from your mobile device. The app provides a powerful lost phone finder tool and it features an spam message blocker utility. Kaspersky can discard telemarketing calls as well.

The Kaspersky Antivirus comes with a security analyzer tool that makes you aware of security vulnerabilities on your Android phone. It also provides an option to fix the issues.

Kaspersky Mobile Security ensures maximum privacy and security. It continuously scans each and every activity and file on your Android device.

Conclusion: As new security threats are detected every day, we must make sure that our mobile device has a security app from a renowned company. The Android antivirus applications we’ve mentioned above are secure and provide users premium features for free.

TrueCaller for PC : Trick to use Reverse Phone lookup on...