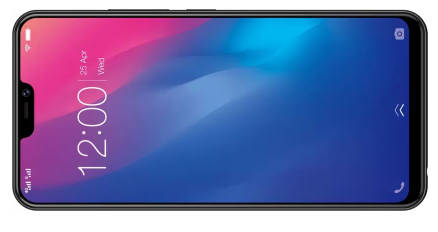 The phones can play 1920 x 1080 pixel videos. They support 720p, FHD+, or 1080 pixel video recording with their back camera. Manufacturers of these mobiles have equipped their devices with auto-focus and LED flash. Hence, the camera of the handsets results in high-quality images.

A2 is an Android Go edition handset that was launched this year in India. It has excellent features. Xiaomi stuffs its handsets with good quality Exmor series Sony cameras and Mi A2 is no exception. The Xiaomi handset employs IMX series Sony sensor. Thus, videos and pictures taken with it would be crystal clear.

A2 provides two rear cameras with a 12MP + 20MP sensor. The camera of this handset can record high-resolution images and it supports PDAF.

The mobile has a 3010 mAh capacity battery, 64GB storage memory, an octa-core Qualcomm processor (SD 660 SoC), Adreno 512 GPU, and a fingerprint scanner. The price of the Xiaomi phone is 17000 Rupees.

The Samsung mobile has 2 rear cameras and it houses an 8-megapixel F/1.9 Aperture lens equipped front 16-megapixel camera. J8 ensures that your selfie images will be of high quality as its selfie camera supports 1920 x 1080 pixel resolution.

The handset packs a MicroSD card slot which supports 256GB cards. It includes 4GB RAM and 64GB storage memory. This handset gives around 10 hours of talk time and 440 hours of standby time on the 3G networks. It supports VoLTE and 4G-LTE network connectivity.

This device is 8.22 millimeters thin and it is lightweight. It boasts a multi-touch 6 inches HD+ display. It features an octa-core Snapdragon 400 series processor, removable 3500 mAh capacity battery, and Android Oreo OS. J8 offers a fingerprint scanner and has 2 SIM slots. The handset is priced at 19000 Rs (Best price).

Like Sony and Samsung mobile devices, Huawei handsets have powerful cameras with many useful features. You can rate the quality of photos and videos recorded with Huawei smartphones 4.5/5. The latest Huawei device i.e. P20 Lite has brilliant cameras, Qualcomm Snapdragon 659 octa-core 2360 megahertz processor, and 4GB RAM.

Vivo had launched V9 Youth in India a few months back for within 19000 to 20000 Rs. The highlighting feature of this handset is its powerful back and front-facing cameras.

The rear camera unit in the Vivo V9 Youth is powerful. It is powered by a 16-megapixel and 2-megapixel sensor. It supports the Bokeh effect and can record videos at ultra HD resolution. The Vivo handset runs on Android Oreo Operating System based Funtouch OS. It supports 4G-LTE network connectivity and VoLTE.

V9Y is a lightweight device that has a thickness of 7.8 millimeters. It offers a fast fingerprint reader. It costs 17000 Rs.

Must see: Best smartphones under 15000 Rs

9i from Huawei is a powerful phone with good camera specifications. The mobile encompasses a 16 + 2 megapixels camera that provides multiple shooting modes and several filters. The camera is powered by the phase detection AF system and contrast detection technology.

Huawei has equipped Honor 9i with an IPS 5.9 inches touchscreen display that has an FHD+ resolution. 9i includes a powerful front facing 13.0 + 2.0 million pixels full HD selfie camera. The Huawei device boasts a flash system on its front and backside.

The screen doesn’t offer resistance to scratches caused by dust particles as it lacks Corning Gorilla Glass. It has amazing clarity because the pixel density is over 376.

9i features 64GB storage memory, fingerprint sensor, and 4GB RAM aka system memory. It supports 128GB MicroSD cards and 4G-LTE. The specs of this device are impressive. Hence, it’s a perfect option for people who want to buy a device with a good camera, processor, and memory features. The 9i handset is priced at 17500 INR.