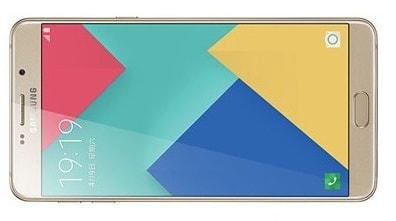 There was a time when Samsung was dethroned from the top position by Micromax in the list of most popular phone brand report published by Canalys. To reclaim its top spot, Samsung immediately launched the small budget Galaxy J5 and J7 Mobile phones with 4G support, and things started turning around for the company since then.

Micromax is now struggling against the likes of Xiaomi, CoolPad, LeTV and InFocus, but Samsung is growing stronger. Samsung is the only company that remains unaffected by the dominance of Chinese organizations.

Even big brands like LG, HTC and Sony, are struggling to compete with Samsung. Apple is the only major competitor to the Korean technology giant.

A few days back, Apple had launched iPhone SE mid range phone and promised to ship the handset from 1st or 2nd week of April. The new iPhone is priced at Rs 39000, and it has the best hardware and software from Apple.

Samsung will be competing with Apple in the Rs 35000 to 40000 price segments as it has launched the Galaxy A9 Pro handset. The mobile has been introduced in China for RMB 3500 (around Rs 35000 in the Indian currency).

The Samsung Galaxy A9 Pro phone has the Cortex A72 architecture based Qualcomm Snapdragon 652 8 cores processor which has been manufactured using the 28nm process technology. It features a 6.0 inch Super AMOLED full high-definition display (with 2.5D Premium glass) and 4GB RAM. It is the first Samsung 30000 Rs range mobile device to feature more than 3GB of RAM.

The most important feature of Samsung Galaxy A9 Pro is its battery which has an impressive 5000 mAh capacity. Because of the large battery, A9 Pro is suitable for heavy usage.

Whether it’s internet browsing, video conferencing or gaming, the handset will last for many hours after a full battery charge. The battery will get charged up to 100% quickly as quick charge functionality has been added to the Samsung’s device.

What’s more, the Galaxy A9 Pro will ship with Marshmallow based TouchWiz OS. It has an on-board storage memory of 32GB along with a memory card slot for storage expansion. There’re 16 million pixel rear and an 8 MP front selfie camera. Both the cameras feature f/1.9 aperture lenses. The rear camera is enabled with optical image stabilization support.

If you’re not a big fan of small screen phones, the Galaxy A9 Pro is the best-branded handset that you can buy. It’s a perfect device that you can get for Rs 35000.

As of today, the A9 Pro is retailing only in China on Tmall.com. In the coming weeks, you’ll be able to buy it in India, Malaysia, and other countries.