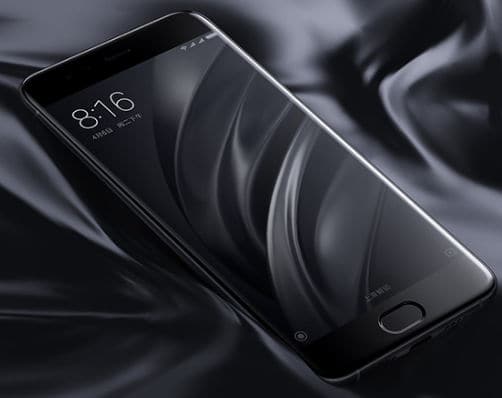 The smartphone industry is all about innovation. If a mobile has latest OS and powerful hardware, it will be hit for the company. If the phone has ordinary features and outdated OS, it will be a huge disappointment for the manufacturer. This is the reason why manufacturers equip their smartphones with latest available hardware in the markets.

While some companies launch rebranded phones, firms like Samsung, LG, Xiaomi, Apple, OnePlus, Nokia, and Motorola design phones from scratch. These firms take several months to introduce a new mobile device. They test handsets thoroughly before making them available for purchase. This is the reason why you won’t find too many bad reviews for the phones from the top seven manufacturers.

Apart from Samsung Galaxy S8, Redmi 4, Redmi 4A and HTC U11, we haven’t seen any major phone launches in 2017. 2017 is still an exciting year. Guess why? Well, Xiaomi, OnePlus, LG, Nokia, and Motorola will unveil their latest mobile phones in the coming months.

Below, we have shared the list of upcoming phones that are worth waiting for.

Note: We’ll update this article often so as to make you aware of the latest upcoming mobiles. We’ve covered the upcoming budget, mid-range and high-end phones from the top brands.

E4 is the successor to the Moto E3 Power phone. When it is launched, E4 will be the cheapest and the latest Motorola handset in the markets.

The mobile runs on Android Nougat operating system. It has HDR enabled back 8 megapixels camera and HD LCD display.

Nokia had introduced a bunch of mobiles last year, but the phones are yet to reach the non-European markets. D1C is a low-cost Android device that may bring Nokia back to supremacy.

The Nokia D1C phone has Android N OS along with a new and improved Nokia Z launcher. It has a big 5.5-inch full HD display and 3GB RAM.

The upcoming phone from Nokia offers 8-megapixels front-facing camera and 16-megapixels back camera. It includes an octa-core SD 430 1.4 GHz processor, which supports 4G and VoLTE.

The Nokia mobile’s screen has 397+ pixel density. It has 16GB storage (ROM). D1C is the 2nd cheapest phone worth waiting for.

Honor series mobiles are great alternatives to flagship mobiles from HTC, LG, Samsung, and Apple. The phones have powerful hardware and they cost half the price of high-end handsets. Huawei’s upcoming flagship phone i.e. Honor 9 has been recently spotted on the TENAA website.

Huawei might sell two variants on Honor 9 phone. One with 6GB RAM and another equipped with 4GB RAM. The mobile comes pre-installed with custom Android N ROM called EMUI 5.

Huawei Honor 9 has Huawei’s most powerful processor till date i.e. Kirin 960 (octa-core SoC). The phone provides dual back cameras with 12MP and 20MP sensor. It features a powerful flash system and a full high-definition 5.1+ inch display.

The upcoming phone will boast a brighter and crisper screen as compared to iPhone 7. It will also have the latest Apple A11 processor and the most powerful Apple motion co-processor (GPU).

The phone will feature an OLED display, which is often employed in high-end 4K televisions. It will have an AR ready back camera and spectacular bezel-less design.

iPhone 8 is tipped to have 3GB RAM and IOS 11 operating system. It features an enhanced Facetime camera, faster touchID security system, and waterproof design. The phone lacks 3.5mm headphone jack and it might come with support for Wireless mobile charging technology.

The upcoming OnePlus phone is touted to be the most powerful Android handset on the earth. The reason for the same is the Snapdragon 835 SoC.

The flagship killer has LPDDR4 8GB RAM and 5.5-inch AMOLED 4K display. It is loaded with Android N based Oxygen ROM and has dash charging technology enabled 4000 mAh battery. The mobile has Adreno 540 graphics processor and 128GB storage.

Moto Z Play is a popular modular Motorola phone which you can buy on various eCommerce portals. Lenovo will replace this device with a better phone called Moto Z2 Play.

Z2 Play is a 4GB RAM mobile with Snapdragon 626 processor and 64GB storage. It has a 12MP camera with Sony sensor and a front camera with OV5695 Omnivision sensor. It supports 4K and 2K video recording.

The upcoming phone has a 3150 mAh battery and dual LED flash. It sports a 5.5-inch FHD display. It supports Moto Mods that were launched for Moto Z Play.

The phone is available with 128GB or 64GB storage hardware and 6GB RAM. It has a 12-megapixels rear camera and 8-megapixel selfie camera.

The upcoming smartphone supports OIS and has a fingerprint sensor. It includes stereo speakers and a nonremovable 3230 mAh battery.

If you’re in the US or Europe, you can pre-order Mi 6 from sites like OppoMart, GearBest, etc.

Nokia 9 is the flagship Nokia phone that is currently in development. It has 8GB LPDDR4 RAM paired with the Qualcomm SD 835 processor.

The upcoming mobile has QWERTY keypad and a quad-HD display measuring 5.3 inches. Nokia 9 might boast a 20+ MP rear camera and a 7+ MP selfie camera. It may ship with 3200+ mAh capacity battery and Android 7.1.1 operating system.

Google has replaced the Nexus line of phones with a new series called Google Pixel. The first phone in the series is still in stock on most eCommerce portals.

Google might launch the successor to the pixel phone in Q3 or Q4 2017. The phone is expected to feature the latest Android O operating system. Pixel 2 will be tightly integrated with Google personal assistant app and it will support Google Day Dream VR.

The handset will be waterproof. It will carry curved screen display based on OLED technology.

LG is currently in talks with the processor manufacturer Qualcomm. According to the rumors, LG wants to be the first company to employ the Snapdragon 845 SoC in an Android device. If this happens, G7, the phone which LG is currently working on will dethrone SD 835 processor powered phones to become the most powerful handset.

LG G7 might have a quad-HD 5.0+ inch display and a magnanimous 6GB RAM. The phone might include the most powerful 4G-LTE/5G modem offering download speeds of up to 1 Gbps. It will support quick charging technology. LG G7 is expected to cost within $700 to $900.

Note: The latest Google Android O OS has many new exciting features. The upcoming phones have latest processors and GPU. Hence, they might support every new feature of the Android O operating system.