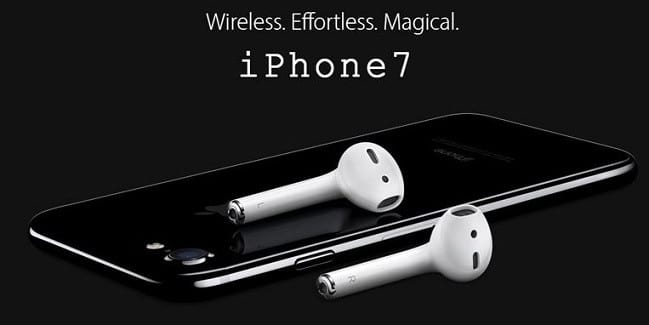 Apple has launched its most advanced and impressive handset till date. You guessed it right! The iPhone 7 is out and it packs more firepower than the iPhone 6S. It has cameras that can shame OnePlus 2, LG G4, and other flagship phones.

IP7is also the best alternative to the recently introduced Samsung Galaxy S7, S7 Edge mobiles. Below are the features that the iPhone 7 provides to its user.

The iPhone 7 doesn’t have a headphone jack. If you’re planning to use your favorite headset with the iPhone 7, you’ll have to ditch it and buy the Apple EarPods. The EarPods won’t be available free of cost. You’ll have to buy them for $160 aka 10000 Rs.

The best option to the new wireless headset is the new line of products Beats Music will introduce in the coming months. Apple is the owner of Beats Music. Hence, the devices would offer as good music experience as the Earpods.

The processor introduced by Apple keeps getting better every year. The latest iPhone 7 offers a quad-core Apple A10 SoC instead of a dual-core Apple A8 processor. A8 gives cut throat competition to the Qualcomm SD 820 chip. A10 is likely to be the world’s most powerful mobile device processor.

Tim Cook, the host of the KeyNote event and the CEO of Apple Inc, mentioned that the latest iPhone provides 120 minutes more battery backup as compared to the iPhone 6S.

iPhone 7 Plus will offer 60 minutes of more backup than 6S because iPhone 7 has HD resolution, 4.7 inches screen, and its sibling has 1920 x 1080 pixels resolution along with 5.5 inches display.

The handset features a shiny metallic pitch black chassis which provides excellent protection to the hardware components. It has a water resistant build.

Apple, for the first time, has introduced a dual rear camera smartphone. The iPhone 7 includes 12 megapixels rear camera with a world-class optical sensor. There are two such cameras at the backside. The phone offers a powerful flash system with quadruple LEDs and a compelling muti-core GPU. It packs a selfie 7 megapixels front camera.

Like the preceding iPhones, Apple will launch 3 to 4 versions of the iPhone 7. Each variant of the handset will have 32GB, 128GB, 256GB storage memory.

iPhone 7 Pros and Cos

Availability: Apple will start taking pre-orders for the iPhone 7 from 9th of September i.e. tomorrow onwards for a price starting at $650. Apple will not launch the handsets tomorrow in India. According to the official website, Apple iPhone 7 will hit India markets from October 7 onward.