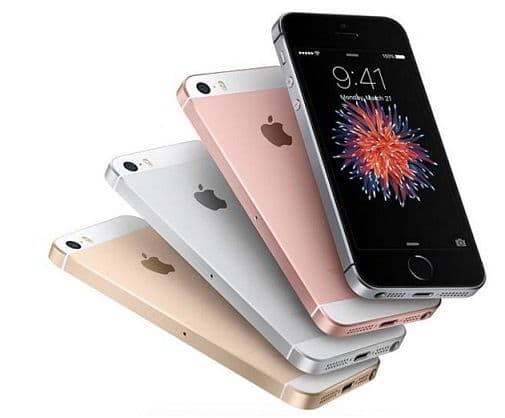 Apple’s 4 inches display equipped iPhone SE handset has been officially launched for around $400. The handset will go on sale in many countries (including India) from next month onward.

The latest iPhone will be available in 16GB and 64GB storage variants for $400 and $500 respectively (around 25K and 31K INR), and it might be a game changer for Apple which is currently struggling with budget and mid-range segments dominated by Android devices.

Apple is considered as a premium brand in developing countries, and its products are always on the wish list of the users. There was a time when only people with deep pockets could have afforded its products.

In the last few years, Apple has started selling older generation iPhones for under 20K and iPads for below 30K. It wouldn’t be wrong to say that the hardware in these devices has become dated. Apple is rolling out updates for its IOS operating system, but the company can’t do much about the low-end hardware.

Android OS powered devices are dominating the budget phone markets because the phones offer better specifications than iPhone 5S, 4S. The tech giant may have sensed that the growth of iPhone 5s and 4S has slowed down, and they had no other option than launching a new device.

The new iPhone SE packs with the newest hardware modules. It includes the Apple A9 64 bits processor and a more recent generation motion M9 co-processor. Many experts believe that the A9 chip is the best Snapdragon 820 alternative.

The GPU can handle 4K videos. Thus, Apple has added a powerful a 12 MP iSight camera along with a two-tone flash module in the iPhone SE. The camera records at different FPS. 4K content will be recorded at 30 FPS, HD videos at 240 FPS and FHD content at a decent 120 FPS. It can capture Live photos too.

The handset has a 4 inches high-definition retina display with 325 PPI. Unlike iPhone 6, it doesn’t include the force-touch feature.

The phone supports LTE and its related technologies. It has the latest version 9.3 of Apple IOS operating system and the newest edition of SIRI personal assistant program. The SIRI will respond to your queries when you utter these two words – Hey SIRI.

iPhone SE has 2GB RAM. More RAM means better multitasking than mobiles having a small amount of RAM. IOS works very well with 1GB RAM. Using the new handset will be a delightful experience for the user.

What makes the Apple iPhone SE is its dimensions and weight. The handset is claimed to be 7.3 mm thin, and its weight is just under 115 grams. It will be sold in 4 color options.

Before the launch of this phone, some websites had claimed that Apple might not launch the new iPhone in India. Rumors were surprising because Apple considers India as one of its primary markets.

If you think that Apple may sell its iPhone 5S, 4S at a lower rate, then you might be wrong. The two handsets are priced under 19000 Rs. The iPhone SE may cost around 30000 Rs in India. The price difference between 5S and SE is of Rs 11000. Apple might have slashed the price tags if the cost difference was of Rs 1000 or 2000.