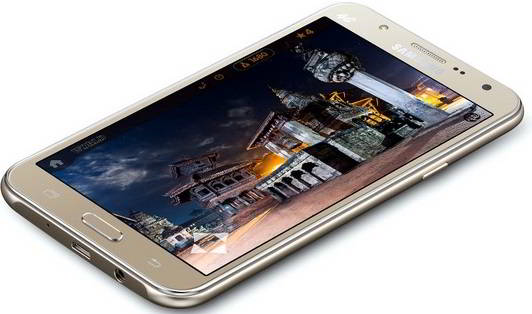 After unveiling the Galaxy J5 and J7 dual SIM 4G LTE enabled phones in China last week, Samsung has decided to bring these 2 latest handsets to the Indian markets and it will partner once again with Flipkart for the same.

Samsung was not very happy with Flipkart after the eCommerce giant’s Big Billion Day Diwali sale last year. It had thus partnered with other Indian online retailers i.e Snapdeal & Amazon for the launch of Galaxy Grand Max and Tizen OS powered J1 handsets. Unfortunately for the company, these 2 phones were moderately successful as their specs were not up to the mark. The features of J5 and J7 looks promising.

Talking about the specifications and features, the Samsung Galaxy J5 is a phone with decent configuration and latest hardware. It has 64 bit Qualcomm processor (Snapdragon 410) and a successor to Adreno 305 chip.

This series Galaxy mobile from Samsung features a 5.0 inch IPS HD display. It is stuffed with a 2600 mAh battery along with 13.0 megapixel rear and 5.0 MP front cameras.

J7 has replaced the Grand Max as the best ever Samsung phone below 15000 Rs. The phone’s internal hardware is managed and used by the Android 5.1 Lollipop operating system. This phone wide-angle selfie camera that boasts a 5.0 MP sensor. It has F/1.0 aperture backed 13.0 MP rear camera.

The backside features a 3000 mAh capacity battery and LED flash system. Samsung has placed an octa-core Snapdragon 615 CPU in Galaxy J7 along with a 16GB ROM and 1.5GB RAM. It has added a big 5.5 inches display built with Super AMOLED and IPS technologies to the Galaxy J7. The resolution is same as that of Samsung J5 i.e 720p HD.

The Samsung Galaxy J7 and J5 are being offered with some freebies that include Rupees 3200 Gameloft credit with which, you can download premium Android games published by this software developer without paying a dime.

Users will also get free music subscription worth Rs 590 on the Wynk app.