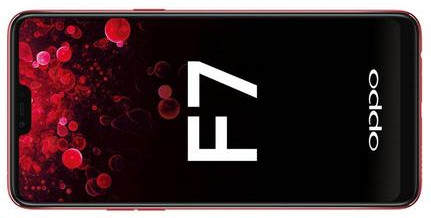 Oppo, popularly known as the “Apple of China” has introduced its Diamond Edition F7 phone in India. The new device costs INR 26700 and it is available for purchase on Amazon as well as Flipkart in three color variants.

F7 is a gorgeous mobile that packs an octa-core P60 MediaTek processor and 4GB/6GB system memory. It offers a metallic glass back cover and provides a large full HD+ 6.2-inch IPS display. Most phones have an aspect ratio of 16:9. F7’s screen supports 19:9 aspect ratio.

The handset carries 128GB storage memory. Another interesting feature of this Oppo handset is its Mali G72 graphics processor. G72 is one of the latest multi-core GPUs and it supports VR technology. It has a good clock rate of 800 to 850 MHz.

Mid-range DSLR cameras flaunt 15+ megapixel sensors. F7 will make hobbyist photographers think twice before buying a camera. Why is this so? Well, the Oppo phone carries a 16-megapixel rear camera which is equipped with a F/1.8 aperture lens.

Oppo F7 is one of few mobiles that boasts a 23+ MP selfie camera. It’s equipped with a 25 million pixel front-facing Sony IMX576 sensor equipped camera. The smartphone includes LED flash on both sides. It supports HDR as well.

The latest Oppo handset packs an HD speaker and it carries a fingerprint sensor. It includes 2 SIM slots (nano) and has a MicroSD card slot in case you find the built-in 64GB/128GB ROM insufficient to hold your files.

F7 offers a battery backup of up to 24 hours. It features a 3300 mAh battery. The mobile has 157 grams weight and Color OS ROM (Android Oreo 8.1 OS). It supports dual VoLTE technology, GPS navigation, and WiFi. The mobile ships with a Bluetooth 4.2 chip.

F7 is competing with big brands i.e. Huawei, Apple, Samsung in the 20000 to 30000 Rs price segment. F7 has plenty of RAM and a large display. It also features the latest P60 processor and has a stunning shiny back cover. This makes F7 a good alternative to other mobiles in the same price range.