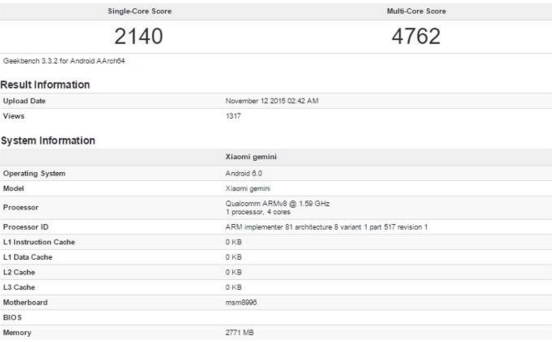 The successors to Mi 4, Note 2 Pro phones and Mi pad tablet are expected to be launched very soon as these 3 Xiaomi devices have been spotted on benchmarking and Chinese certification websites.

Mi pad was the last and only tablet launched by the Chinese tech giant in 2015 but there were some rumors that Xiaomi is working on a new tab. The existence of Mi Pad 2 is now confirmed as this device has been benchmarked on GeekBench.

Unlike its predecessor, Xiaomi Mi Pad 2 features Intel Z8500 X5 processor and it is fitted with a 4K 7.9 inches touchscreen display. This tab features Android Lollipop 5.1 OS, 2GB RAM, 16 GB storage and like all other Mi devices, it will come with MIUI ROM. 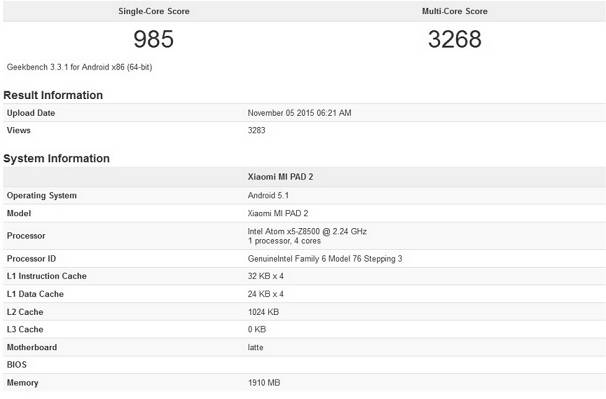 At this point in time, we don’t know whether this device supports SIM cards and connectivity options like 4G and 3G. The new Mi Pad should feature microUSB port to support Internet dongles. It will be a powerful competitor to Lenovo Yoga 2 and S8 as the latest MiPad is expected to cost under 18000 (We believe that S8 and Yoga 2 are the best tabs below 20000).

Xiaomi Mi 5 has Gemini codename it will be one of the 1st phones to feature Qualcomm Snapdragon 820 processor. This processor is claimed to be 2 times much faster than Snapdragon 810. It also consumes lower energy. Thus, you can say that Mi 5 will be the most amazing Xiaomi phone.

MI5 will be one of the 1st devices to be incorporated with latest GPU from the semiconductor manufacturer Qualcomm. The MI 5 will come with 16 megapixel back and front 8.0 MP camera. It will include a 5.2 inches quad high def (2k) screen, 3GB RAM, and Android Marshmallow OS. This phone will be very successful if Xiaomi introduces it for around 15000 Rs.

The launch of Mi 5 phone will be a good news for Xiaomi device owners as Marshmallow based MIUI will be officially introduced and handsets like Mi4, Mi3, Redmi Note, etc are likely to get the same update soon after that. 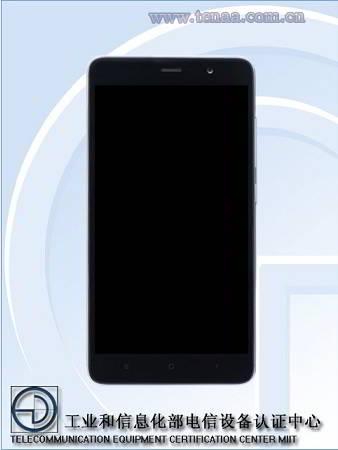 The Xiaomi Note 2 Pro has passed through TENAA certification. Thus its launch is imminent. TENAA has listed the specs of this Xiaomi handset. The Note 2 Pro has a design quite similar to that of its predecessor but it includes better hardware.

This smartphone has X10 Mediatek Helio X10 processor and full HD screen. Note 2 Pro packs with 3060 mAh capacity battery and it is loaded with Android 5.0.1 OS. This handset from Xiaomi features 16GB storage, 13 MP rear + 5 MP front cameras. It is expected to hit Chinese markets first for below Rs 10000 (followed by India).