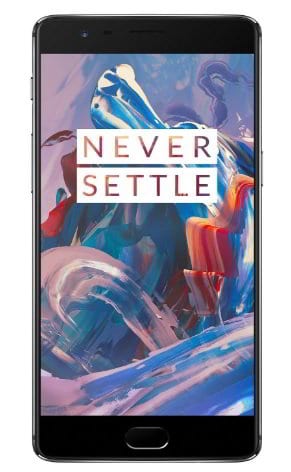 OnePlus has launched one of the most foreseen phones for 2016, the OnePlus 3 on the Amazon India website for Rupees 27999. The handset was unveiled yesterday at a special event where attendees were given VR modules for experiencing OnePlus’s VR platform.

OnePlus will be selling its flagship device directly without asking the user for requesting an invite or waiting for the flash sales.

The OnePlus 3 has continued its relationship with Qualcomm by adding the Adreno 530 GPU and Snapdragon 820 processor in its flagship. Like its earlier editions, the OnePlus 3 has been equipped with cameras powered by the Sony sensors. This time, OP3 will have the best and the latest sensors from Sony.

The rear camera unit of OnePlus 3 has OIS and EIS ready 1.2-micrometer pixels IMX298 sensor. It has a wide F/2.0 aperture along with a phase detection autofocus system. You can capture videos at 4K resolution with this camera. RAW images are supported as well.

For crystal clear selfies, OnePlus 3 offers 8 MP camera which flaunts the powerful Sony IMX179 sensor. What’s more? OP3 includes a special feature that will automatically take a selfie automatically when the user smiles in the front of the front camera.

The handset has first of its kind optic technology based AMOLED display. Like OP1 and OP2, OnePlus 3’s 5.5 inches screen has 1920 x 1080 pixel resolution and 401-pixel density.

This phone includes dash charging module for charging its enormous 3300 mAh battery up to 60 percent in just 1800 seconds. OnePlus claims that its dash charging technology is faster and safer than other similar technologies in the markets.

OnePlus 3 has a different design. There’s no sandstone back cover in this phone. OP3’s beautiful chassis has been built with space grade metal. The metal design makes it a durable phone.

Despite having powerful hardware specs, OnePlus 3 is just 7.3 millimeters thin. OnePlus believes that its flagship is among the top three thinnest phones in the world.

OP3 runs customized version of the latest Android S, Android M (6.0.1 version). OnePlus has added many cool features to Oxygen OS to give users the same feeling as the CyanogenMod OS. Users will have a full control of Android push notifications through the Avert slider module of OnePlus 3.

The phone has a huge amount of RAM i.e. 6GB. The memory module is based on LPDDR4 architecture. The storage memory offered by OP3 is 64GB. For virtual reality experience, OP3 offers Gyroscope sensor. For making navigation easier, there’s GPS and eCompass sensor in this smartphone.

OnePlus 3 has 160 grams weight, and you can buy it online for below 28000 Rs on Amazon India portal in graphite color option.

Many people had expected OnePlus to launch 4GB version of OP3, but to their disappointment, only 6GB RAM variant has been introduced.