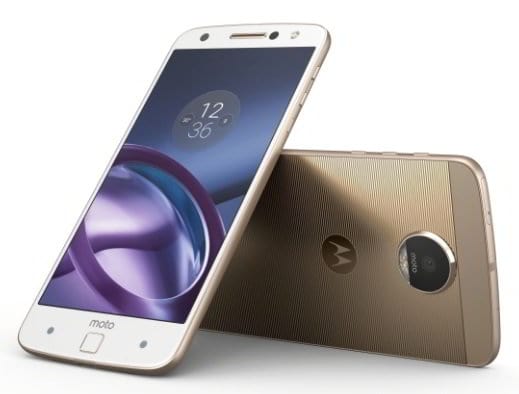 Moto Z can be paired with four different modules. Strong magnets power the modules, known as mods. They can be easily connected or removed from the phone when required. The mods will be detected as soon as it has been linked to the device. The users will not have to restart the phone to use them.

As of now, the 2 Motorola Moto Z phones support four mods. In the future, Lenovo might introduce several new mods for these two devices.

Below mods are available for the latest Lenovo-Motorola Moto Z phones:

Projector: This mod will convert your phone into a powerful projector. It can project 70 inches videos or images on a surface of your choice. You’ll not have to tilt the phone to a particular angle to use the projection feature.

JBL Sound Booster: This module makes Moto Z and Moto Z Force the best music phone for 2016. JBL has worked closely with Lenovo to develop this mod. The Sound Booster will enhance your music experience by allowing you to play songs loud.

Incipo OffGrid PowerPack: With this mod, Lenovo Moto Z phones will have a marathon battery life. Lenovo says that when you connect this mod on the phone, you’ll enjoy 1300+ minutes of backup power.

Style shell: This mod will allow users to give a different look and feel to their Moto Z phones.

The mods will make sure that your device will always have the latest hardware.

Moto Z Droid and its sibling have a lot of features in common. The similarities are as follows:

There are plenty of differences between the Moto Z and Z Force Droid phones. Force droid is a better handset than Moto Z. Its display is shatter proof which means that the screen will not break when the phone is dropped by the user accidentally.

Z Force is 7 millimeters thin and has a 3500 mAh battery. Its sibling measures 5.2 inches in thickness and offers 2800 mAh capacity battery. Moto Z has become the thinnest high-end phone in the world.

The Lenovo Moto Z Force Droid boasts a 21 MP camera along with Laser Autofocus system. The handset’s high-resolution sensor results in high-quality pictures, and it comes with support for OIS. There’s a 5 MP HD camera with wide angle sensor at the front side of this handset.

Lenovo will start taking orders for its new flagship Motorola phones from September 2016 onward. The pricing will be disclosed when the mobiles are officially launched.