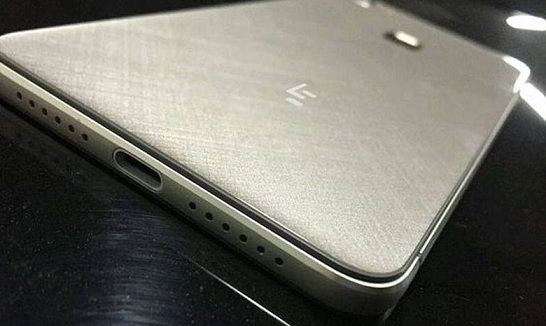 To fulfill the never ending demand of its fans, LeTV will expand its phone range by introducing the feature packed Le 2 Pro and Le 2 mobile phones.

Le is the flagship series of the Chinese phone manufacturer LeTV. Like Xiaomi, LeTv is labeling its product with numbers. Xiaomi’s first phone was the Redmi 1s; then it introduced Redmi 2, 3 handsets.

LeTV’s first handset was the Le 1s. As per some rumors, the LE 2 phone is in the works. Thus, you can say that the company is employing Xiaomi’s phone branding strategy.

Some websites have reported that the Le 2 Pro is the successor to Le 1s. The leaked specs indicate that the phone is a flagship device and labeling it as Le 1s replacement doesn’t make any sense.

It is very unlikely that a company will introduce an SD 820 processor equipped phone for under 15000 Rs because Snapdragon 820 was launched last month.

Le 2 might include Mediatek X20 Helio processor, which is much cheaper than SD820. It is expected to have better camera sensor than Le1S. The camera resolution might be 16 megapixels.

LeEco Le 2 will be one of the 1st phones to feature an ultrasonic fingerprint sensor. Qualcomm had demonstrated the sensor during the MWC 2016.

We’re not sure if LeEco will use Qualcomm’s sensor in Le 2 or not. If it does, the Le 2 will be one of the most secure phones around. Le 1s has 3GB RAM. LeTV might upgrade the RAM to 4GB in its successor.

LeEco has not changed the phone’s design to a great extent. The only difference you’ll find is a stylish back cover, which has been incorporated to give the phone a premium look.

The design is similar to Le Max and Le 1s. Phones with Metallic frame and body is the latest rage in the smartphone industry. Le 2 is expected to follow this trend.

The flagship LeEco phone will have LPDDR4 4GB RAM modules accompanied by a world class Adreno GPU and the latest Snapdragon 820 processor. It has 21 million pixels rear camera, capable of recording 2560 x 1440 pixel videos. It will rival the upcoming Mi5 phone from Xiaomi.

LeEco Le 2 Pro has 8.0 MP camera, which is perfect for FHD video calling experience. It features a lithium PO 3100 mAh capacity battery, which seems to be good enough to support the high-resolution display, cameras, and powerful processors on the phone.

The handset has Dolby Audio sound modules for high-end music experience. It boasts a 4K 5.7 inch CG4 protection enabled display. Rs 21000 or 22000 will prove to be a good price tag for this phone. If it is priced above these two numbers, Xiaomi Mi5 will turn out to be a winner.

The two handsets will come with Android N or Marshmallow OS. They’ll have Micro or Nano SIM card slots along with 4G-LTE and latest VoLTE technology support.