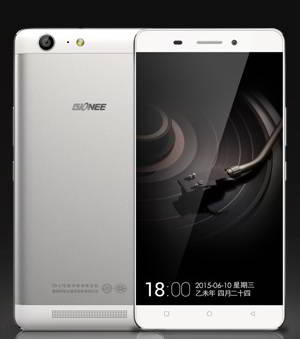 Today, Gionee had organized an event in China’s capital Beijing to unveil its latest phones, the Elife E8, and Marathon M5. We were not there at the event but we have the details of these upcoming handsets. The E8 might be the game changer for the company as it features impressive components. Unlike its competitor Oppo, Gionee is offering its newest flagship phone at the right price.

Elife E8 is the 2nd phone to feature the Helio X10 2000 MHz octa-core CPU. Just a few days ago, HTC had unveiled E9 Plus phone that uses the same chip. It will be launching the E9 plus for 39K Rs.

Gionee has introduced its flagship device at the right time as people now have the option to choose between E8 and the HTC E9 plus. When specs of both these phones are compared, the E8 comes out to be a clear winner as it is fitted with a monstrous 64GB internal storage and a 24 megapixels camera that should be able to record 4K, 2K, and full HD videos easily.

The most powerful and expensive Gionee phone, the Elife E8 packs with a newer generation of PowerVR G series GPU. It has a beautiful 6 inches QHD touchscreen IPS display which is backed up with a juicy 3520 mAh capacity battery.

This phone is loaded with a fingerprint sensor, Android 64 bit Lollipop OS and Amigo 3.1 skin. It has an FHD 8.0 megapixels front camera and an array of network connectivity options that include NFC, 4G-LTE, WiFi, etc. It will retail in India for around 40000 Rs.

Gionee Marathon M5 is an Android device that connects to LTE networks. It has been advertised as a phone with the longest battery life in the world. M5 includes 2 lithium ION batteries, each having 3010 mAh capacity. You can use it as a power bank to charge the battery of other phones.