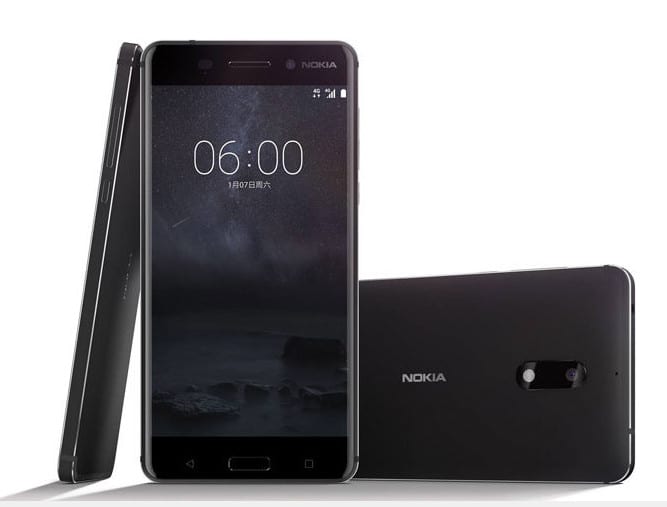 After failing to get millions of buyers for its Windows OS running Lumia devices, Microsoft sold the struggling mobile manufacturing unit of Nokia to HMD global. Several news portals reported last year that Nokia will make a comeback as a phone manufacturer.

The new year has begun and Nokia has unveiled its first Android smartphone for 2017. The new mobile is called as Nokia 6.

Nokia will sell its first Android mobile for 250 USD or 17000 INR. Before you conclude that the phone is pricey, go through its below features.

Nokia 6 is an Android Nougat operating system running mobile phone with elegant design. It is built with durable and high-quality 6000 series aluminum metal. It carries a fingerprint sensor and dual SIM tray.

The phone offers a storage capacity of 64GB. It has dual Amplifier and Dolby Atmos sound technology powered speakers.

It has an in-cell touchscreen FHD display and includes 4GB RAM. The screen pixel density and the SIM type supported by the handset are unknown.

According to Pocket Lint, Nokia 6 is a China exclusive phone. Nokia will not bring it to other countries. The biggest online retailer in China i.e. JD.com will sell the Android device for $250.

Nokia 6 India launch may not happen but Nokia will be eyeing Indian markets as well. Microsoft-Nokia partnership failed because the mobiles they introduced were not worthy of their price. If Nokia has learned from its mistake, it may launch budget phones in India.

Contents hide
1 Should you pay $250 for an SD 430 Nokia 6 phone?
2 Why success of Nokia 6 is imminent?
3 Why HMD global chose China over other countries?
4 Related Posts:

Chinese firms such as Xiaomi, Lenovo employ SD 430 SoC in budget mobiles below $200. Premium phone brands from China namely Oppo and Gionee focus on design and use low-end processors in their high-end devices. Gionee and Oppo are among the top 5 brands in China.

Why success of Nokia 6 is imminent?

The Nokia 6 phone has better specs as compared to previous devices the Finnish firm had launched. Most importantly, its price tag of 250 seems perfect for a beautiful 4GB RAM mobile.

Nokia was once the most popular phone brand. It has fans in every part of the world.

The phone industry is like a stadium where different teams/phone brands compete. One team wins and other losses because of poor form or performance. Nokia was out of form for several years. 2017 might be its year.

Why HMD global chose China over other countries?

China is the largest phone market in the world. Nokia’s popularity was killed by Chinese firms and the Android OS. Nokia wants to make a strong point by launching an affordable premium phone.