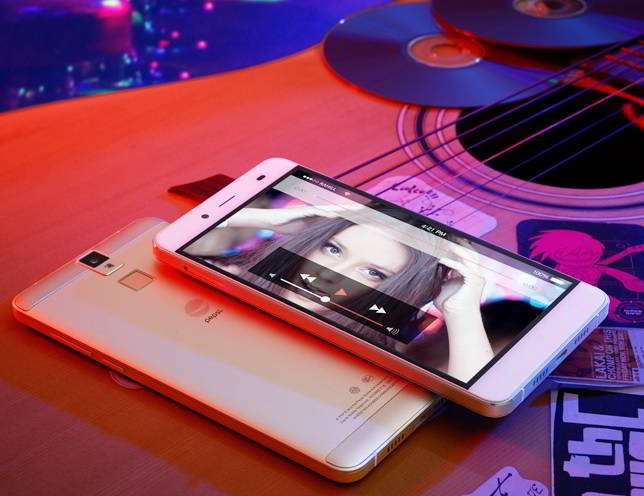 2015 will be a historic moment for Pepsi as the 100+ years old company has decided to enter mobile phone business for the first time. Well, Pepsi hasn’t set up a plant to manufacture phones. It has given permission to a Chinese company named Scooby communications to use the brand name as a result of which Scooby has launched 2 handsets, Pepsi P1 and P1s in China.

The 2 smartphones are an exact replica of each other and their 99% of features are the same. Pepsi P1s is a dido (version 6.1) customized Android 5.1 ROM powered handset.

It offers fingerprint sensor for data security and privacy. It has 7.7 mm thickness and a length of around 152 millimeters. It uses a 2.5D curved glass in a full HD touchscreen 5.5 inches display.

This smartphone offers 2 powerful cameras. The back side has 13 million pixels and the front side of P1s boasts 5 MP sensor. Both sides are built with aluminium metal

Pepsi is a legendary organisation that has been into food and cold drink manufacturing business since the year 1890. This organisation has launched several types of soft drinks and food products since it started the operations.

The company reports 50+ billion dollars revenue every year. But instead of spending Pepsi’s money in marketing/manufacturing P1 and P1s, Scooby has used listed the phone on Chinese crowdsourcing platform JD.com. Around million dollars have been already raised for the same.

1st 1000 units of P1s were sold for just 5200 Rs. The next lot of phones are priced at 7200 Rs. When this stock is completely sold, the price tag will increase further to 13K. So if you’re in China right now, visit JD and grab the phone immediately.

Pepsi p1s will be considered as an outdated and overpriced device when its price is increased up to 13000. It will have to compete with LeTV Le 1s, the upcoming Xiaomi Redmi Note 2, MI5 and many more powerful handsets with the latest hardware. Le 1s costs in the same range and it includes latest Mediatek Helio X10 processor, 3 GB RAM and a non-expandable storage module with a capacity of 32 GB.