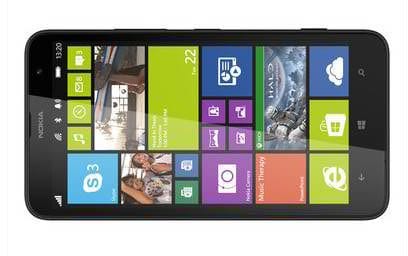 Many people believe that Nokia brand is dead. Folks! this is not true. If you’ll visit Microsoft or Nokia stores on e-commerce websites, you’ll find that people are happily buying Nokia handsets.

The Lumia handset has a pixel density of 220 and it is multi-touch enabled. It includes Lumia Color profile module and 512 MB RAM paired with 8GB storage memory.

The Lumia 630 phone features a lithium-ion 1830 mAh capacity battery with 600+ minutes of talk-time. It packs quad-core 1.3 GHz mobile processor and has a 9.2 millimeters thickness. The phone has 134.9 grams weight. Hence, it is incredibly light.

Lumia 730 is a dual-SIM handset from Nokia with good battery backup and Windows 8.1 phone OS. Lumia 730 features quad-core Snapdragon 400 Qualcomm SoC with a 1.2 GHz clock rate. This phone has a 2200 mAh battery that keeps it charged for up to 12 hours in standby mode.

This Lumia phone below 15000 comes with 4.7 inch IPS OLED display with HD 720 pixels resolution. It has a 315 pixels density. It is fitted with Carl Zeiss lens installed cameras. At the backside of the mobile, there’s 6.7 MP camera with BIS sensor and at the front, there’s 5.0 MP camera.

Lumia 730 supports video recording up to 1080p resolutions. Like many other Lumia devices mentioned in this list, this mobile comes with 128GB SD card support. Microsoft is also offering free cloud storage with this device.

This Nokia Lumia handset within 15000 to 16000 Rs comes with top class camera specifications. It offers better specifications than most Nokia phones on our list. Lumia 640 XL comes stuffed with 8GB ROM. Windows phone 8.1 OS along with Lumia Denim update. It comes loaded with plenty of Microsoft apps which includes MS Office, Over Drive Cloud Storage, etc.

Despite having a powerful camera, this handset weighs just 171 grams. It includes a 3000 mAh battery that provides up to 1000 minutes of talk time on 2G and 3G networks. It doesn’t offer 4G support.

This single SIM Nokia Lumia phone below 20000 comes with an IPS 6 inch LCD display with 1280 x 720 pixels resolution. The screen comes with a refresh rate of 60 Hz and it is enabled with Corning Gorilla Glass 3 protection. Lumia 1320 comes with support for wide angle views. It has Snapdragon S4 1700 megahertz Qualcomm processor, which is used by Windows 8.0 phone OS to support multitasking.

This Windows handset has 8GB of storage memory and 1GB of system memory. Nokia Lumia 1320 offers 1000+ minutes of 3G Talktime with its 3400 mAh capacity battery. On 2G networks, you can expect 1400+ minutes of Talktime. Lumia 1320 can be thus counted among budget phones with the best battery backup.

The phone has a full high-definition rear camera that features several aperture lenses. This Windows OS running device comes with features that are normally found in mid-range DSLR cameras. It also includes a front 5.0 MP camera.

The above Lumia phones have Bluetooth, WiFi, GPS, FM Radio, 3G and they come preloaded with Windows app store software. Through this application, you can download games and apps for free. I hope that you’re satisfied with the above details of Nokia phones we’ve shared in this article.