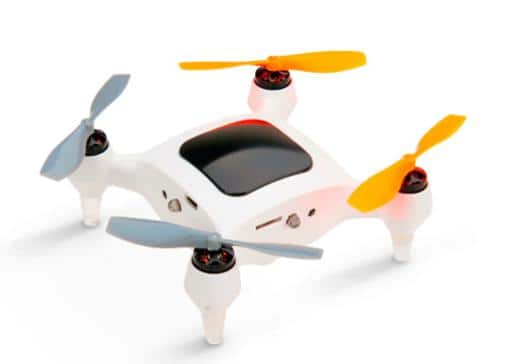 Drones are used only by the military, they’re being used by Amazon to deliver goods to the customers. People also buy them for fun. There are a lot of drones that are available on Amazon for purchase, but you wouldn’t find one like ONAGOFLY.

OGF is a nano drone with powerful features. It packs with a GPS navigation. It can track locations accurately.

The designers of this little beast will launch an Android and iPhone application with which you will be able to use your handset as a smart controller. To enjoy this feature, the user will have to install the ONAGOfly app.

The application will make you aware of the drone’s battery status. It has a navigation module to control the movement. The app has a button to make OGF take off or land on the base. It features a camera roll that allows users to check videos and photos stored in OGF.

OGF has the ability to take and sync videos or pictures to your device while it is flying. It supports point to point video streaming as well.

The amazing feature of this nano drone is its ability to stream at the same resolution videos were captured. The content captured by the 15 megapixels camera will be saved on a 32 GB memory card.

The quality of videos captured with the ONAGOfly drone is good, thanks to its 15 million pixel camera that records at 30 or 15 frames per second and 1080p resolution.

ONAGOfly features an infrared device that helps it in finding and dodging obstacles in the path. Drones are bit expensive and you wouldn’t want it to crash into a wall or a large tree. Because of the IR module, OGF will not collide with anything in its way.

OnaGofly is compact and it weighs just 140 grams. The weight is same as that of a smartphone. Thus, carrying the drone to distant places will be an easy job for its user.

This nano drone will take off from the base when you activate it via a dedicated button. It comes with a small 1000 mAh capacity battery that offers 15 minutes of decent flight time. It is compatible with headsets designed for the virtual reality experience.

ONAGOFLy supports first person view. It will be sold with a few accessories that include a 35 dollar 10000 mAh power bank, 25 USD carry case and a 259 USD ProKit package that features a MicroSD card, propeller, and other available accessories.

Folks that have designed the ONAGOfly drone has raised over a million dollars so far via the Indiegogo platform. They will sell OGF for under 200 dollars.