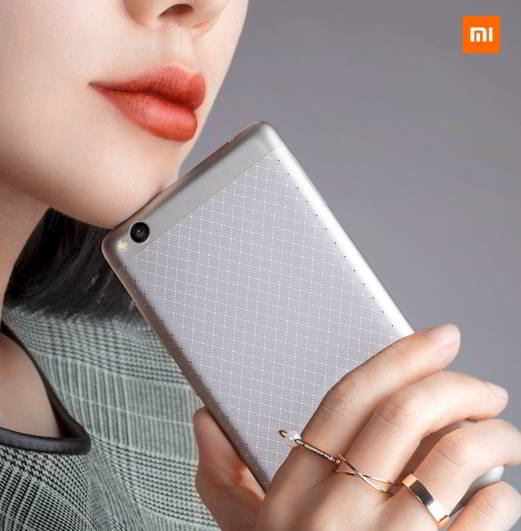 Xiaomi will be revealing and launching its new Redmi 3 phone on 12th of January. The latest handset is attractive, thanks to its stylish textured back surface. It features a large capacity battery, full metal body instead of plastic and a speaker at the backside

Xiaomi Redmi 3 has a 5 inch IPS display with a good resolution of 1280 x 720 pixels. It offers an option of connecting 128 GB MicroSD storage cards. This handset has SD 617 or 616 Qualcomm processor and 16 GB capacity ROM storage memory. Android 5.1 powers it along with a huge 4100 mAh capacity battery.

Xiaomi Redmi 3 is incorporated with 2GB system memory. It has Adreno Qualcomm 405 GPU and 4G LTE network connectivity support. It has a 5 million front and 13 million rear cameras. It will have a hybrid dual SIM card slot.

The cameras should be using the Sony Exmor sensors. The price tag of Redmi 3 should be around 8000 Rupees. It will be an excellent move if Xiaomi launches the Redmi 2 successor for under 7999 Rupees.

Some people will be concerned about the slow Android updates from Xiaomi. Well, Xiaomi is known for rolling out Android updates slowly, but its custom MIUI ROM is very powerful. For example, in the SMS management module of your phone, you can easily block a number which is sending SPAM messages to your phone. This feature is absent in the Android 6.0 powered Moto G3. You can make messages private in the MIUI.

Xiaomi also offers a free 4GB storage on its own cloud platform. The latest MIUI 7.1 has the Mi drop feature with which file sharing between 2 or more devices becomes easy. The MIUI has a lot of features due to which you will not miss the latest Android operating systems.

Is the company reliable?

Xiaomi phones are of good quality and they’ve strong built. I’ve dropped my Redmi handset accidentally from 4 to 5 feet height several times. The screen is still intact. The battery never popped out.

Xiaomi’s previous phone for the Indian markets, i.e. Redmi Prime was not successful for the company. Let’s see if the Redmi 3 gets the same response as the 1S, MI4, MI3 phones did.

Xiaomi Mi5, the company’s first Snapdragon 820 processor installed handset has entered mass production and it will be available in China from next month onwards.

ONAGOfly is a nano drone with camera, IR and smart features