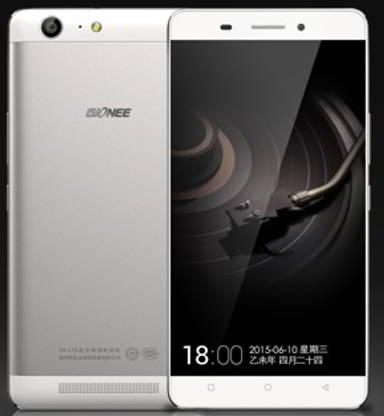 Gionee Marathon series feature phones that pack with very high-capacity batteries. On normal usage, they can last for 2 or 3 days. Such backup power is normally found in entry-level handsets. Gionee had introduced Marathon M4 in India August this year and now the Chinese manufacturer will launch its successor this month on Nov 24th. An event has been organized for the same in Bangalore, Karnataka.

Gionee launches most of its new products first in China. Marathon M5 was unveiled a few months back in June along with Elife E8. Now it is all set to be introduced to the Indian customers. E8 was listed on Snapdeal for 35000 Rs but the company had kept M5’s launch on hold.

Gionee Marathon M5 is a phone that packs a couple of batteries instead of one. This is a unique arrangement and it can make the phone look bulky. From its official images released by the company, M5 doesn’t seem to be a thick phone. It should be 10 to 11 millimeters thin. This handset has a specially designed chip that charges both of its batteries at the same time. We don’t know how much time it will take to be charged up to 100 percent.

Internet browsing will be a great experience for the user as the battery backup offered by M5 will be extraordinary.

For some reasons, Gionee has used a 5.5 inch HD screen instead of FHD or 2K display in its handset.  As M5 has been developed for people planning to buy phones with very good battery backup, the display resolution shouldn’t be a matter of concern for the user.

This Gionee phone has Mediatek processor (MT6535 1.3 GHz SoC). It has 64GB microSD reader in case you find 16GB ROM in Marathon M5 insufficient to store your music, video, and other files. It features Lollipop Google Android operating system. Because of its 2GB RAM, M5 will be good enough to handle your multitasking needs.

This phone has 2 full HD resolution cameras with 13 million and 5 million pixel sensors. It has 4G LTE network compatibility and video calling support. Its USP is the good design and excellent battery backup.

M5 was available in China for around 2200 Chinese Yuan i.e Around 23000. Consider the fact that M5 is a 6 months old, Gionee might sell its device for a lower price tag here in India. It is likely to be listed on Flipkart or Snapdeal where Marathon M4 is retailing for around Rs 13000.