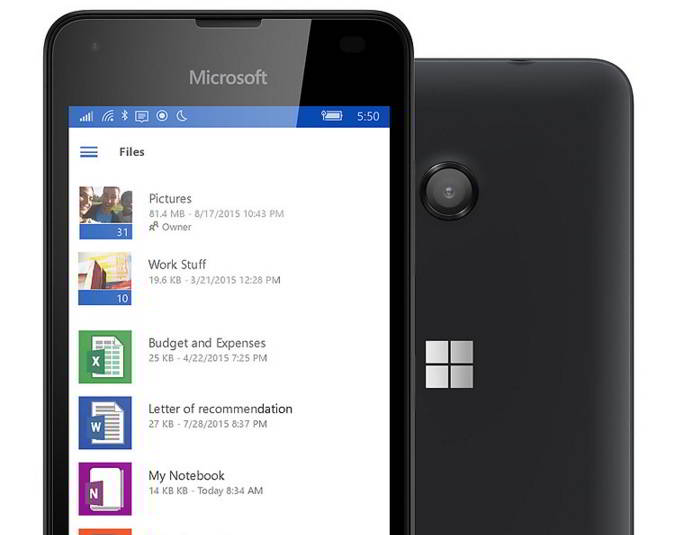 Microsoft had unveiled the high-end Lumia 950 and 950 XL handsets in October 2015. 2 months after launching the 1st mobiles with Windows 10 OS, the tech giant has introduced a Lumia 500 series budget device in Europe. According to Microsoft corporation, Lumia 550 is designed for budget-conscious people who don’t prefer using low-quality phones.

Lumia 550 will ship with Snapdragon 210 quad-core 1.1 GHz chip that has been designed especially for low-budget entry-level devices. The processor uses ARM IS and it supports 28 Nm processes along with latest high-speed Bluetooth 4.1 standard.

The Windows 10 phone seems to be quite thick as Microsoft has claimed its dimensions to be 136.1 by 67.8 by 9.9. It is likely to have Adreno 304 graphics (The GPU information has not been revealed yet).

Microsoft Lumia 550 has a back camera with LED-based flash and FF 2 MP front cameras for supporting Skype’s video calling functionality. It is capable of capturing videos at 30 FPS of 1280 x 720 pixels resolution. It can even perform I/O operations on 200GB microSD card.

The battery in this Windows 10 phone can be removed by the user. Its capacity is 2100 mAh and expected standby time is 672 hours.

The price tag of 140 dollars seems to be unreasonably high because phones with faster processors and same memory specs are retailing for under 4999 INR or 70 dollars. The phone could have become a laughing-stock if Microsoft didn’t install premium applications and latest OS in it.

Support for Windows 10 mobile platform is up to 2018. This is a good news as you can expect regular updates for the OS in Lumia 550.

This Microsoft phone will be first available in the European Union followed by other countries where demand for budget devices is huge. It will be sold exclusively on Microsoft.com.