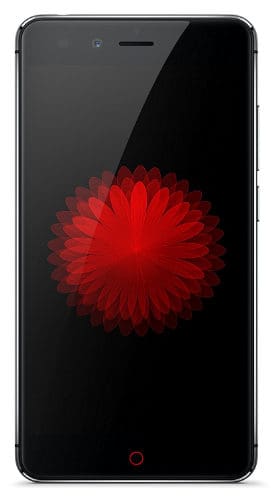 Phones with high-resolution camera sensors have become a necessity for the younger generation of people. To fulfill the growing demands, manufacturers have launched camera-centric smartphones for every budget. ZTE is one such company. Since 2015, ZTE focussed on camera-centric phones and kept itself away from launching mobiles with a powerful processor and huge amount of RAM.

The firm’s ZTE Z9 Mini is one good example of this. Z9 Mini is an Android phone with brilliant camera sensors and ordinary hardware specs. ZTE launched Z9M mobile in March last year. The phone was moderately successful.

After waiting for 18 months, the Chinese firm has today unveiled the successor to Z9MP, the Nubia Z11 Mini. The new mobile pack superb features and has affordable pricing of Rs 12999. Z9 Mini’s successor carries a 16MP camera.

ZTE Nubia Z11 Mini has a stacked Sony IMX 298 16 MP CMOS sensor with lenses built with the durable sapphire glass. The mobile provides PDAF, a next generation auto-focus system. It has a bigger aperture and six element lens for allowing users to capture more people or objects in their videos and photos. ZTE has loaded the 16 MP camera mobile with NeoVision 5.8 camera software that offers settings and features to make the camera more interactive and powerful.

The Z11 Mini smartphone offers octa-core SD 617 64 bits processor with Cortex A53 cores and 1.5 GHz clock rate. It has Adreno 405 GPU and an internal flash storage memory of 32 GB.

The latest camera phone ships with a lithium ION 2800 mAh capacity battery, which provides 26 to 27 hours of talk time. It runs Android 5.1 Lollipop operating system. It has a good display of size 5.0 inches. The screen has superb clarity as the pixel density is 432, and it boasts 1920 x 1080 pixel resolution, 2.5D glass. It has Corning Gorilla Glass 3 protection.

The phone is eight millimeters thin. It has a backside fingerprint sensor below the camera unit and a 3GB RAM module. It comes with USB Type-C module and has 135.9 grams weight.

ZTE Z11 Mini Price is below 13000 Rupees on Amazon India website. It is a good camera phone for a budget within 12k to 13K INR.