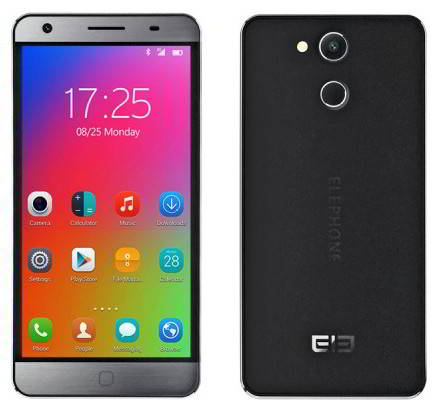 Elephone P7000 is a dual SIM 200 dollar handset (priced below 12K in India) with OnePlus One, Xiaomi Mi4 and Huawei Honor 6 like specifications. This successor to Elephone P6000 will be officially launched within 2 or 3 months from now. Will it be counted amongst the best budget Chinese phones? Let’s find it out through this article.

What should you expect in the box?

Elephone P7000 will be shipped in black or white color option with a battery, USB cable power charger, and a user guide.

Complete features and specifications of Elephone P7000:
Network connectivity: Owners of this mobile phone can browse the Internet by activating a 4G or 3G or 3G plan. They can also use WiFi for the same. This handset is also enabled with NFC and GPS technologies. It features Bluetooth 4.0 module too.

Memory: Elephone will offer 50+ GB storage space to the owners of P7000 as it has added an SD card slot and 16GB ROM to this handset. To make sure that P7000 is counted amongst top budget Chinese phones like Mi4, Meizu MX4 Pro and OnePLus One, Elephone has stuffed the handset with a 3GB RAM module.

OS and Camera: P7000 runs on Android 5.0 lollipop operating system. It comes with a stunning 16.0 megapixels rear camera with an autofocus system and LED flash. At the front of P7000, there’s a full high-definition 8.0 camera. To support photography, This phone has a camera app with lots of features.

Processor and Display: For decent multimedia & gaming experience, Elephone P7000 comes with Mali 760 GPU and a 64-bit octa-core MediaTek MT6572 processor. It has a 5.5 inch IPS full high-definition multi-touch touchscreen LCD. The handset’s GPU is powerful as it has the ability to process 16.0 million colors. The pixel density of P7000 is around 449.

Dimension, weight, and Sensors: P7000 has the same weight as a budget tablet and it features light, proximity, gyro, gravity sensors. As per the company’s official listing, this handset has a weight around 600 grams. It has a thickness of 9.2 millimeters.

Other features:
Firmware over the air update: Elephone has promised a FOTA update for this handset. Whenever Google rolls out a new version of Android, you will be able to update the OS of P7000 wirelessly.

Metal Frame: Many handsets launched by Elephone are equipped with a Metal Frame and P7000 is no exception.