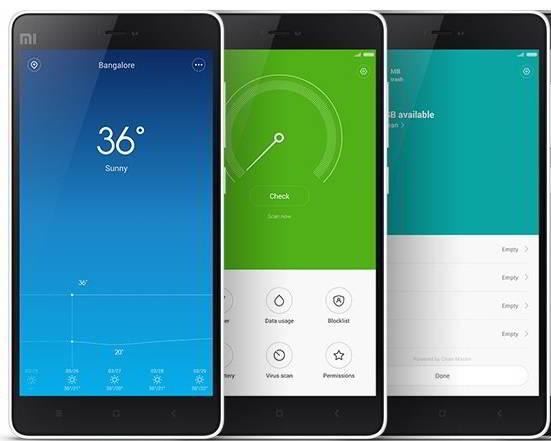 A few weeks ago, Geekbench had revealed some vital information of Xiaomi’s latest budget phone (codenamed as Ferrari). Yesterday, this handset has been launched officially in India in the form of Mi 4i.

Interestingly, Xiaomi has introduced this device at a grand event held in New Delhi. It has also revealed that Mi 4i will first hit the Indian markets followed by other major countries where Xiaomi is selling its devices. Mi 4i is a cheaper version of Mi4 phone. It will be sold offline through the mobile store and online through Flipkart for a price below 13000 Rupees.

Xiaomi’s first phone in India, the Mi3 was priced in the same range but it has been officially discontinued. Mi 4i is the 2nd budget Xiaomi mobile within 12000 to 13K Rupees. It has better features than Mi3.

This upcoming phone has a Snapdragon 614 1700 Mhz 2nd generation processor along with one of the finest mobile GPUs of 2015, the Adreno 405. Xiaomi Mi 4i boasts a full high definition 5.0 inches touchscreen JDI OGS display that recognizes various gestures.

The display is supported by a high capacity battery (3100 mAh). Its pixel density is 442. Hence, this device is ideal for mobile gamers and entertainment lovers. The screen features Corning Gorilla glass 3 protection layer and it flaunts the beautiful MIUI 6 – Xiaomi’s version of Android Lollipop OS.

MIUI 6 has better RAM management system and more features than MIUI 5. It is better than stock Android OS. Xiaomi Mi 4i comes with 2GB RAM which is based on LPDDR3 technology. It has 16GB of internal flash storage memory.

This budget mobile has 2 SIM slots and it is 7.8 millimeters thick. It is enabled with 3G, WiFi, LTE-4G connectivity technologies. Its weight is around 129.9 grams.

According to the Geekbench report, Mi 4i has an excellent benchmark score of over 1400 when all of its 8 processing cores are active. The phone’s Antutu score is within 39000 to 42000. There’s no phone in the same price range with such impressive benchmark scores.

Xiaomi Mi 4i will be available from 30th of April 2015 onward. To buy one unit, users will have to participate in flash sales and for that, you’ll have to register an account on Flipkart.