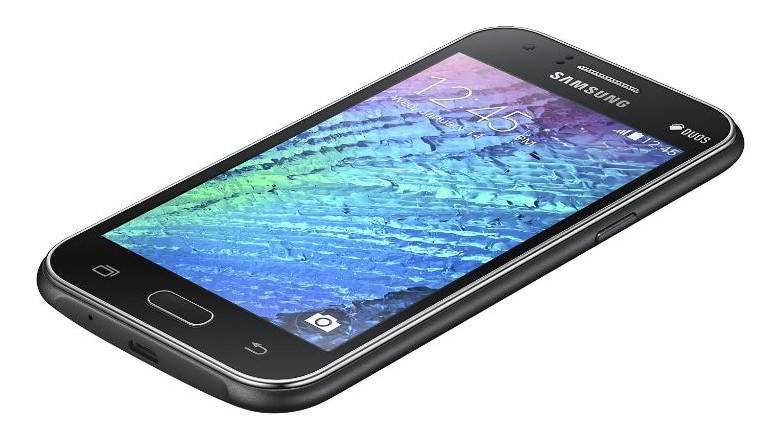 Amazon has confirmed the same news through its twitter handle. The retailer has also announced that the phone will be sold with some attractive offers. Galaxy J1 doesn’t have very exciting features but the offers might tempt users to go for it.

According to Samsung, the galaxy J1 is a 3G (HSPA+) Android phone with good battery backup. It features a UPS power saving mode that automatically kills all applications that are idle for 3 or 4 minutes which in turn conserves the battery power. J1 will offer 600 hours of 3g Talktime.

This is not a unique feature. Apps like Cleanmaster or du booster can perform the same task on any Android handset. Anyways, Samsung galaxy J1 is dual core phone that features 512 megabyte RAM and it has 4GB ROM storage.

This Samsung mobile has Android Kit Kat 4.4.4 operating system and it can read/write data to 64GB microSD cards. It has 1850 mAh capacity battery.

Samsung J1 has LED flash and 5.0 megapixels rear camera. It has a video calling 2.0 megapixels camera. The sensor of the back camera can record 540 x 960 and 1280 x 720 pixels resolution images, videos.

This handset has FM Radio, Wi-Fi, Samsung apps and GPS. It supports PC and laptop connectivity with KiesPCc suite.