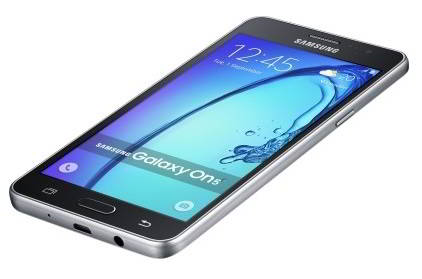 Searching for the latest Samsung Dual SIM mobile with a good front camera, 1.5 or 2GB RAM, Android, and good battery life? You’re at the right place. Here, we’ve covered the best Samsung phones under Rs. 10000 in India. Although Samsung is a Korean brand, the company has a good understanding of Indian consumers.

The Korean tech giant has launched mobiles for every budget. It has also set up many service centers in various cities of India. The company’s affordable 4G handsets in the price range of 5000 to 10000 Rs are quite popular.

If you are searching for a Samsung mobile under a budget of Rupees 10000, then go through the below list. What will you find below? List of smartphones that have a great design, 2000+ mAh battery, up to 2GB RAM, and a stable Android OS.

Galaxy J4 supports full HD recording and it is fitted with an HD 5 megapixels selfie camera. It is 8.123 mm thin and weighs about 153 grams. It provides a MicroSD card slot (256GB SD cards are supported). J4 has 2 SIM slots. The mobile costs 9100 Rs.

The price of Samsung Galaxy J2 mobile is INR 7500.

In 2017, Samsung had launched the upgraded version of On7 handset i.e. On7 Pro. 75% features of the two mobiles are the same. This mobile offers more RAM and better OS as compared to its predecessor. It has 2GB RAM and Android 6.0 Marshmallow OS. It also packs Ambient light and Gyroscope sensors in addition to proximity and accelerometer sensors.

ON7 Pro is one of the latest and best Samsung phones under 10000 Rs. It has good hardware and software specifications. It will satisfy you by delivering a brilliant performance.

The handset includes LTE support, dual-SIM functionality, large display with 720 pixels resolution, 13 megapixels rear camera, front-facing 5 million pixel camera. If you want to buy a high-performance budget Samsung phone in India, then Galaxy On7 Pro is one of the best available options for you.

Key Specifications of ON7 Pro:

Samsung On5 Pro is the successor to Galaxy On5. It offers more RAM, storage memory, latest OS and a Samsung Exynos processor for multitasking and gaming. It packs 2GB system memory and employs an Exynos 2475 processor. The handset runs on the Android Marshmallow OS.

ON5 Pro offers a superb configuration for a budget price. Here are the complete details of this awesome mobile:

Galaxy On5 is one of the best-selling 4G phones in India. It is also one of the top Samsung 7000 to 10000 Rs range mobiles. O5 runs on the latest edition of Android Marshmallow OS (Version 6.0). It has a great design and excellent features.

Samsung has fitted ON5 with high-quality TFT touch screen 720 pixels display. ON5 supports AF technology and it includes a LED flash module at the backside along with an FHD 8MP rear camera. It employs an Exynos series processor (quad-core) and a selfie 5 million pixel resolution camera.

The Samsung phone offers up to 12 hours of talk-time with its 2600 mAh capacity Lithium-Ion battery. It includes FM Radio and a headphone jack (3.5 mm). Its weight is below 151 grams and thickness is 8.5 mm.

The handset provides ARM architecture based Mali T-720 graphics processor. It is fitted with dual SIM tray which lets you use 4G SIM cards. It lets you record videos at 30 FPS.

This mobile features Android Lollipop operating system. It has front 5MP front and an 8 megapixels HD back camera. Galaxy J3 Pro has a LED flash, 16GB storage, and latest Samsung software. It includes a 2800 mAh capacity removable battery, Bluetooth, and a WiFi module. It supports 4G-LTE, WiFi, and 3G connectivity.

J2P is one of the best-selling phones from Samsung. You can purchase it for within Rs 9000 to 10000. The handset packs a 1.5 gigahertz four-core Spreadtrum processor. It features an 8MP rear camera with powerful F/1.9 aperture and CMOS sensor.

Samsung had launched J2 Pro last year, but we still consider it as one of the best mobile device launched by Samsung. It is retailing on Flipkart for under 8000 Rs.

J2 Ace is a beautiful Samsung handset that runs on Android 6 operating system. It has a quad-core 1400 megahertz processor.

Galaxy J2 Ace is fitted with an IPS 5.0 inches touchscreen display, which is enabled with a resolution of 540 x 960 pixels. It supports 256GB MicroSD cards, 3G, Bluetooth, 2 SIM cards, and WiFi.

J2A has 1.5GB RAM and it supports Voice over LTE and 4G technologies. It provides an 8MP back camera, 8GB storage memory, and a 5MP selfie camera. It features proximity, accelerometer sensor, 2600 mAh removable battery, and headphone jack.

This device comes preloaded with an Android browser app, video player application, and many more interesting utilities. It is 8.9 millimeters thin. Its price is 9100 INR.