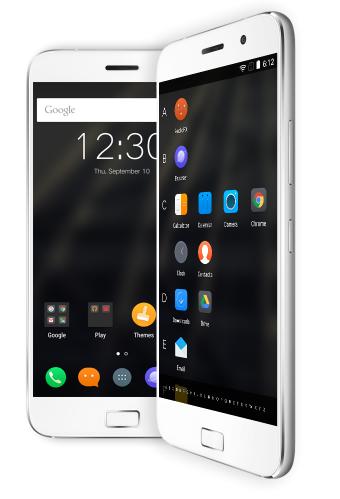 Zuk Z1, Lenovo’s first Cyanogenmod OS running phone and also the first Zuk series device of the company has finally arrived in India. Zuk Z1 is not exactly a new phone. It was launched six months back in China. For some reasons, Lenovo didn’t introduce Z1 in India. This might be due to some issues with Cyanogenmod INC, the developer of CM OS that runs in the Lenovo phone.

Prior partnering with Lenovo, CM was exclusive to devices launched by OnePlus and Micromax. The two companies had signed a pact for the same with Cyanogenmod.

CM has not been associated with Micromax and OnePlus anymore. This can be seen from the fact that Micromax has used stock Android OS to power its latest Yu phone. OnePlus has launched OPO successor and OnePlus X phone with Oxygen OS. As Lenovo Zuk Z1 has been introduced in India, Yu Yuphoria, yureka, OnePlus One and Yutopia phones are not the only Cyanogenmod OS powered devices.

SD 801 was of the best mobile SoCs of its time. It was incorporated in many flagship phones from top companies. Z1’s Antutu score is around 45000.

Zuk Z1 has CM 12.1 OS. This operating system boasts a lot of customization options. In stock Android ROM, you’ll have to use a third party launcher apps to add customization features that are found in the CM ROM.

CM 13 update (Android Marshmallow based) might be available for the Indian version of this phone. The update has been rolled out in China.

This phone’s display offers excellent clarity and viewing angles. The screen is 5.5 inches large. It supports 177 degrees wide angle viewing, thanks to the IPS technology. It has CG3 protection layer and 1920 x 1080 pixel resolution.

Lenovo Zuk Z1’s best feature is its 4100 mAh battery. As the phone is Qualcomm quick charge ready device, Z1 will be charged within 2 hours. Be ready to use this phone for non-stop 16 to 18 hours as a large battery promises good backup power.

This handset from Lenovo comes with a 360 degrees fingerprint identification system. Thus, you don’t have to hold the device in portrait mode for unlocking it.

Zuk Z1 has been launched for an excellent price tag of 13499 Rupees. It will retail exclusively on Amazon India website. Registration is required for buying this phone.

Lenovo’s mobile business unit seems to be very busy these days. The companies lined up a bunch of new phones for the launch. Moto G4 2016 and Moto X are two of the most anticipated devices among them. We’ll update you with the full details of upcoming Motorola phones in the coming weeks. Stay tuned!