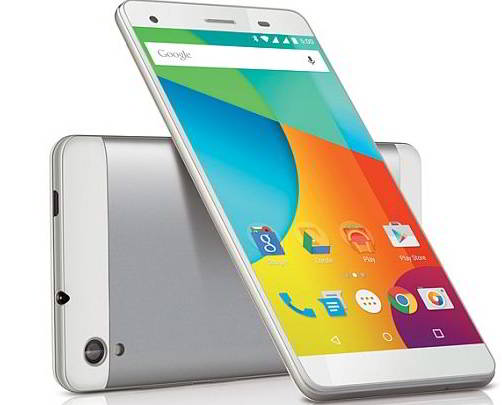 The successor to LAVA Android One i.e Pixel V1 and the Micromax Canvas Express 2 phones are now officially available in the Indian markets. The new Android 1 will retail for below 12000 Rs and Micromax CE2 is available for just 5999 Rs. Express 2 has better configuration than Pixel V1. It includes an 8 core processor and impressive camera specs. Its display has HD resolution and it has special screen protection technology.

MediaTek might have reduced the price tag of its octa-core 32 bits chipset. Thus, giving manufacturers a license to launch octa-core handsets for under 6000 Rs i.e 100 dollars. Anyways, CE2 will come with corning gorilla glass protection and an MT6592M processor configured at 1.4 GHz clock speed.

This phone is loaded with the Kit Kat OS, 1GB RAM, 2 megapixels selfie/13 MP back camera and dual LED flash system. As Micromax has been rolling out a Lollipop OS OTA update for most of its devices launched after 2014, the company will not ignore the CE2 phone. 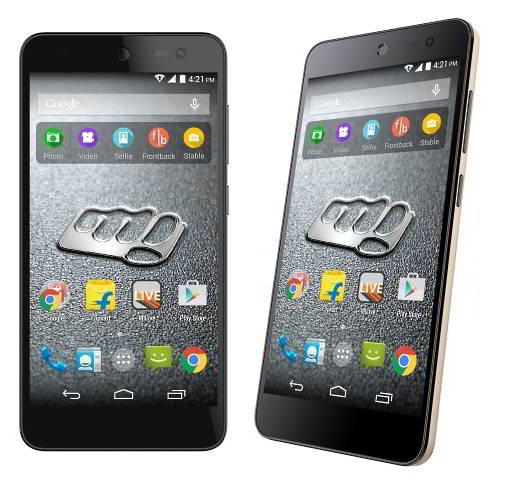 Given the fact that Canvas Express 2 is the cheapest phone with MT6592M CPU, Micromax expects a huge demand for it. Thus, the company has decided to sell CE2 in flash sales and it has entered into a partnership with Flipkart for the same. As of now, the cheapest octa-core phone in India is the Micromax Canvas Express 2. If you want to buy it online, follow this link to register for the sale flash on Flipkart.

LAVA’s latest Android One device, the Pixel V1 has an outdated MT6582 processor and the stable release of Android 5.1.1 Lollipop OS. This phone houses the same resolution back camera as the Micromax Canvas Express 2 and it will cost users for around 11000 Rs. Its front camera features a 5 MP sensor. LAVA Pixel V1 comes with a 5.5 inch long HD IPS screen, 32GB internal storage, and 2GB DDR3 RAM module.

This phone has an attractive design, but the look is not the only thing that people look for while buying a phone. SD cards are cheap and people can easily buy them online on Android or Flipkart. Instead of 32GB storage, the company should have added an octa-core chip and FHD screen else they should have kept the price of Pixel V1 under 8000 Rs.

Unfortunately, the craze for the new Android One phone will not be the same as it was earlier. If Pixel V was introduced before Micromax and Lenovo started selling their Yu Yureka and K3 note phones, it might have made some impact. Unfortunately for Lava and Google, it Micromax has recently launched an FHD phone for below 10K and K3 note with Mediatek octa-core 64 bit CPU is in huge demand right now. V1 is the 2nd phone below 13K Rs that LAVA has launched this month. The 1st one was XOLO Black. It was introduced in the 2nd week of July 2015 for Rupees 12999.

Along with Lava and Micromax, Panasonic was also in the limelight today as it has introduced an affordable 3G phone named Love T10. This phone has good specs that include a WVGA screen, 512MB RAM, 4GB inbuilt storage, 1400 mAh capacity battery and Kit Kat operating system. T10 comes with the support for many local Indian languages. The only disappointing features of the Panasonic Love T10 are its small 3.5 inches display and cameras with 2.0, 0.3 megapixels sensors respectively. T10 will be available for under 4000 Rs.