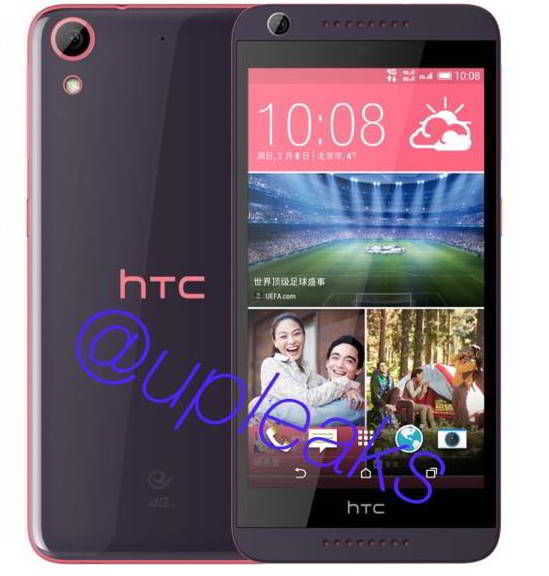 Upleaks has used its official Twitter handle to reveal the specifications of HTC’s upcoming Android phone Desire 626. As per Upleaks claim, this handset will be launched worldwide as Desire 626q and 626. The former will come with a 64-bit quad-core Qualcomm Snapdragon 410 processor. It will come installed with Qualcomm’s Adreno image processor and 1GB RAM.

HTC Desire 626 on another hand will be encompassed with MT6572 octa-core Mediatek chip. It will be configured with a 2GB volume of RAM for running the OS, apps, and gaming. It will come with PowerVR or Mali MP series GPU.

Both these desires series phones will come with Android Kit Kat 4.4 operating system. Desire 626 and 626Q will get Android 5.0 Lollipop update within 2 months of their official launch.

This is a good news for people who have made up their minds to own one of these 2 HTC handsets. The phones have attractive camera specifications and they’ll come with an IPS capacitive 1280 x 720 pixels touchscreen 5. 0 inch LCD. They include a 5.0 megapixels front camera for clicking selfies and making video calls over high-speed networks. They feature 13.0 MP rear camera for capturing high-resolution images and videos.

The handsets can connect to 4G-LTE networks and they will come packed 2000 mAh capacity battery. Just like the other mid-range HTC phones, Battery in HTC Desire 626q and 626 phones is expected to last long on a single charge. Other key features are HTC Blinkfeed, WiFi, GPS, Bluetooth, 3G connectivity support, SD card slot and micro USB port.

The handsets will be introduced first in HTC’s home country, followed by the US, India and other major countries where the company has its presence. The Indian version of this phone will include an extra SIM card slot.

The price tag of Quad core version of Desire 626 is expected to be below 15k. The octa-core version will cost below 23k.