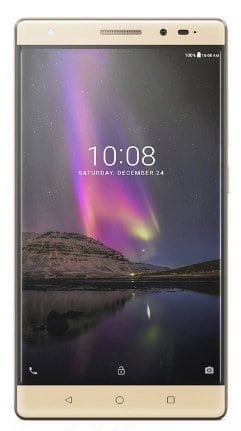 Lenovo unveiled PHAB 2 Plus last month and promised to bring its device in India earliest at possible. PHAB 2 Plus is a high-end phablet, a device which doubles up as a voice calling tablet PC.

Lenovo P2P has arrived in India. Unlike its earlier version, the new device will be available for consumers on Amazon India portal. Lenovo ships the phablet with free JBL earphones worth 1000s of Rupees.

The phablet has CDMA, 4G LTE connectivity options. Like other Lenovo phones below 15000 Rs, PHAB 2 PLUS encompasses high-resolution cameras and large battery.

To make the fullest use of the fast image processing unit, the PHAB 2 Plus packs dual-camera setup consisting of 13 MP back and 8 MP front camera. The rear LP2P camera has advanced capabilities. According to Lenovo, it works great in low light conditions and provides filters such as background blur, background swap, etc.

The PHAB 2 Plus packs PDAF + LASER AF system, and shot refocus module. It has dual standby mode enabled dual SIM unit that lets you use 4G SIM cards. One SIM reader is for an MIcroSIM module and another supports nano-SIM cards.

The phablet packs a 6.4 inches screen having 2.5D CG3 and 1920 x 1080 pixel resolution. It flaunts a powerful TA Microphone system backed up by a noise cancellation module.

Lenovo PHAB 2 plus has DOLBY ATMOS speakers to offer theater like experience at home or office. If you don’t like to watch videos, open music player app, select HD song mode, and wear the JBL earphones. The phone+tablet has DOLBY audio capture hardware, which ensures 360 degrees voice recording through the phone’s microphone module.

Apart from the superb screen and camera features, the Lenovo Phablet scores 100/100 on its other departments. The device has 4050 mAh Li-ION battery, which lasts up to 24 hours. It has uni-metal chassis painted with rose gold color. Because of its 4000+ mAh capacity battery, P2P from Lenovo is one of the new phablets with best battery life.

Lenovo PHAB 2 Plus price in India is Rupees 14999. It is an Amazon exclusive device and has an enormous standby time of over 16 days.