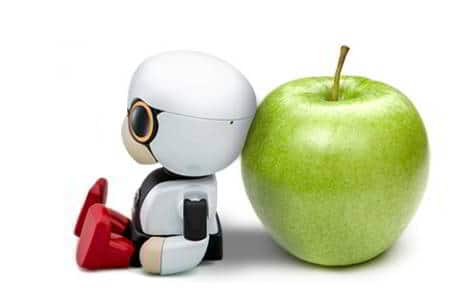 Driving a car continuously for long hours is no doubt a tiring experience and many people will avoid this unless it’s their profession. If you own a car and want to travel a very long distance in it, during your journey, there will be a moment in which you will become agitated and you would like to reach the destination as quickly as possible. Thus, you will drive at higher speeds and this may result in an accident.

Many automobile manufacturers add safety components in their vehicles. The components are thoroughly tested before the vehicles using it are available for your purchase. Toyota, known for its high-tech technology has introduced a new Robot that has been developed and designed for the safety of the car driver.

Don’t worry, this Robot will not be a human-sized machine that will sit beside you on the front seat and keep an eye on your driving skills. It is small 4 inches device that comes with some high-tech components.

Kirobo mini is a part of Toyota’s ambitious heart project in which the company has assigned some engineers and researchers the task of developing devices that are powered by artificial intelligence for the safety of the people.

Toyota Kirobo mini will keep an eye on the driver’s activity to judge his emotions. If it finds something wrong with the driver, this robot will talk to him. When you speak with Kirobo Mini, it will reply to you (just like Apple Siri or Microsoft Cortana).

KM features a small camera which will record the driver’s behavior and it will analyze the same.

Must Read: Waze app review for Android and free download

Toyota claims that a person on an average spends nearly 1570 days of his life in the car. Thus, it is very important for a driver keeps his eye open all the time as he controls the steering system. The driver has to be more careful when he’s not traveling alone.

For those who closely follow the space related news or Toyota company, they’ll be well aware of the fact that KM is a smaller version of Kirobo astronaut robot that was sent to space in the year 2013.

You may have seen televisions shows that showcase the use of robotic technology in the automobile industry. Kirobo Mini is first of its kind device. This Robot may be tiny and very powerful but it is pretty useful.

We’re not sure whether Toyota will launch Kirobo mini for all vehicles or it has designed the robot for its own cars. KM is not priced at the moment and its launch date is yet to revealed.