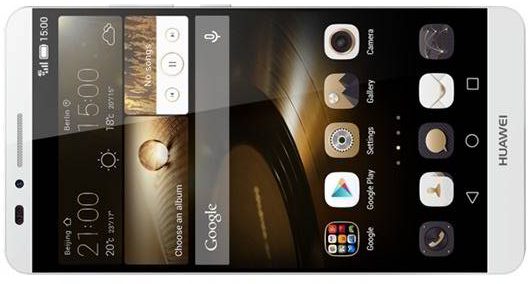 Force touch feature was first spotted in MacBooks launched by Apple Inc. Huawei has managed to develop its own version of force touch system for the Ascend Mate S handset. Thus, it is the 1st manufacturer to use this technology on a mobile device. Apple is expected to be the next company to do so as it is reportedly working on IPhone 6s that uses force touch. This feature is amazing because it allows the computing hardware to identify light and forceful taps of the users. In other words, it is the better version of the multi-touch technology.

Anyways, Huawei Mate S is a high-end phone that has been listed on the oppomart website for around 600 dollars. The original price is expected to be below 26000 as Huawei Honor 6 plus, retailing at 23K has similar features as Mate S.

Microsoft is reportedly planning to add phones to its surface series. For the 1st time, the company has decided to launch non-Lumia device. This phone has been code-named as Juggernaut Alpha and it will be labelled as surface Pro when launched in the markets. It has mouth watering features. This phone include Carl Zeiss options in front 8.0 MP camera and purview rear 20.1MP camera.

Surface Pro mobile will feature 64 bit Intel atom series X3 processor and it will ship with 4 or 3GB RAM. It will have Windows 10 phone operating system and 4K 5 or 5.5 inches AMOLED display.

This Microsoft phone will support wireless charging and it will have corning gorilla glass 4 touchscreen protection. It will include USB Type-C connector, LTE hardware, and Aluminum body. Microsoft Surface Pro Mobile might be launched before the year ends (i.e in late December 2015). Its price is expected to be within 35K to 40k Range.