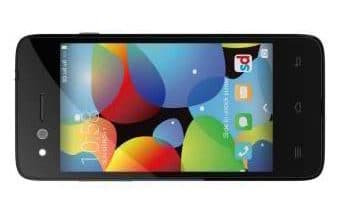 InFocus, the American smartphone brand owned and operated by the Taiwanese Information technology giant Foxconn has started selling its devices in the Indian subcontinent. Its first phone, the quad-core M2 has already caught the attention of many internet users. InFocus M2 is priced at just 4999 Rs on Snapdeal. It has managed to get 4.8 rating from 50 potential buyers within a few days of the listing. Here’s the reason why M2 might rule over other low price segment phones.

This phone is installed with Android Kit Kat operating system. You won’t see the default Android theme as InFocus has loaded the M2 phone with its own UI, InLife. From the below picture, you can see that the user interface looks cool.

This phone has a 2100 mAh battery and 2 SIM slots. The promised talk-time of 4.5 hours is a bit disappointing. You can expect a 7 to 8 hours of standby time with the InFocus M2. This phone has an 11.1 millimeters thick body. The weight is pretty low at just 145 grams.

If its battery is ignored, there’s no competitor to InFocus M2 in the 4500 to 5000 Rupees range. Let’s hope that price of this phone remains the same for 5 to 6 months. Buy M2 here on Snapdeal.