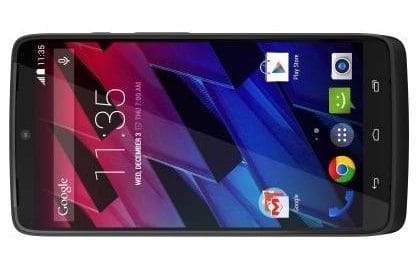 Motorola’s flagship phone for Indian markets, the Moto Turbo has been launched for 42000 Rs. This device packs with high-end features and it seems to be priced considerably low for the offered specifications.

Moto Turbo features a 5.2 inches AMOLED touchscreen quad high definition display. Its pixel density is just below 570. This handset comes with a Qualcomm Snapdragon 805 processor. This is a quad-core chip that features a high clock rate of 2.7 GHz.

This device packs 7 sensors. There’s accelerometer, gyro, ambient light, hall, infrared, proximity, and magnetometer. This phone has 64 GB storage memory. You cannot save more than 64 GB of data in Moto Turbo as it doesn’t include a microSD card reader.

This Motorola phone is loaded with Android Lollipop 5.0 operating system. It has 3900 mAh capacity battery. It supports quick charge mode with which users will get 480 minutes of backup power with just 15 minutes of charging. The body of this phone is built with the durable fiberglass material.

Turbo features a rear 21 megapixels camera that can record 2560 x 1440 pixel resolution videos. The back camera is assisted by F/2.0 aperture lens and LED flash.

This phone includes Adreno 420 image processor and a 2 megapixels front camera. The weight of this phone is 167 grams and the thickness is 8.29 millimeters.

Motorola Turbo will be challenged by LG G Flex 2 and Google Nexus 6 in the same price range. It also faces a serious threat from Zenfone 2. Today, Asus has officially launched the Zenfone 2 line of phones in China for a starting price of 150 dollars (9000 Rs).

The most powerful Zenfone device features a quad-core Intel chip (model number Z3580), 13 MP rear camera, 5 MP front camera, 4GB RAM and it will be priced below 20K in India.