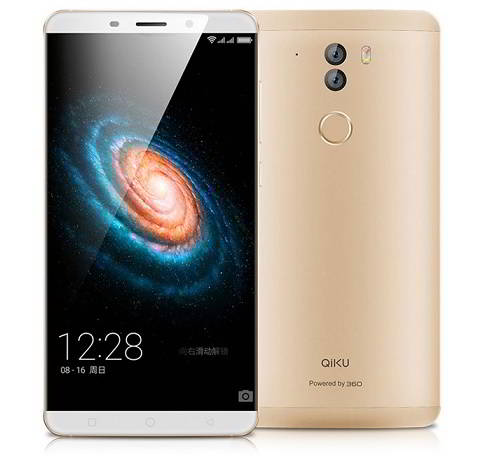 Qiku is a phone brand confounded by 2 top companies – Qihoo and Coolpad who already have a large user base in India. Qihoo’s 360 security app is being used by over million people in India. Coolpad has introduced a few low-budget mobiles in the country and it has set up several service centers for technical support. The company has not revealed the number of devices it has sold till date but considering the count of service centers they’ve set up, the number should be huge.

The management team at this newly found company is ambitious as they plan to sell over 1000000 handsets before the end of 2016. Well, Qiku can accomplish its goal because India is the fastest growing phone markets. The journey to this goal has begun with the launch of a mid-range handset named Qiku Q-Terra.

Terra is a latest 3GB RAM phone that will be available on NDTV’s shopping portal gadgets 360 for within 20000 to 22000 Rs from 1st week of December onward. If you buy the device on an invitation, the Qiku Terra Q will cost you Rs 19999 otherwise you’ll have to pay 21999 to own it.

This handset includes a micro and nano SIM card reader alongside a powerful processor (Snapdragon 808 chip with 2GHz clock rate). It has a fingerprint reader that will function as a powerful alternative to pattern and pin based password.

At its back, Qiku Terra Q has 13 MP Sony CMOS IMX278 sensor that comes with an electronic shutter system and requires low current to function. It can easily record 4K resolution videos. The back side also includes an IMX214 camera that works with IMX278 to generate images with brilliant colors, perfect contrast, and brightness. Because of its powerful camera sensors, Terra Q is one of the top Google Nexus 6P and One Plus X alternative.

Terra Q boasts a full HD f2.4 aperture packed 8 million pixel sensor and it has 3700 mAh LI-PO battery. Most of the latest chips from Qualcomm are designed to support fast charging mode and the Snapdragon in this phone is no exception.

Qiku Terra Q is expected to have some good inbuilt security features as it has been launched in the partnership of Qihoo – a company that has earned a good reputation internationally because of its mobile security app.