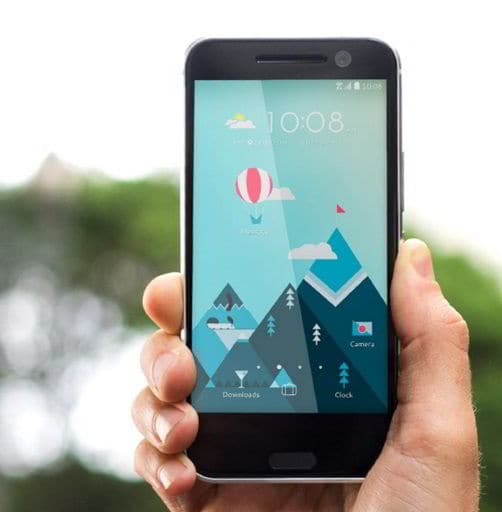 During the launch event, HTC didn’t announce the launch date of its newest handset in India due to which a lot of rumors surfaced online. One of the rumors claimed that HTC would launch toned-down version of this handset instead of the flagship, and a lot of people were left disappointed.

One of the top HTC officials has today announced that HTC 10 handset with the high-end specifications will be arriving soon in the Indian markets. Thus, bringing an end to all the rumors. The price details and the exact launch date has not been disclosed yet, but the full specs of the handset are out.

HTC 10 might be the best camera phone for the first quarter of 2016 as it features OIS technology based cameras at both sides. HTC has claimed that its device has scored better than most of the flagship mobiles in DxOmark’s benchmarking tests.

DxOmark is an organization that tests and rates cameras of devices launched by phone and camera manufacturers. It gave the sensors of the HTC 10 phone an impressive 88 points.

HTC 10 will offer first of its kind 24 bits high definition sound experience to its buyers and users. It has the latest Hi-Fi technology based HTC BoomSound module for the same.

Whether it’s a mid-range device or a flagship phone, HTC’s design is always unique and striking. The HTC 10 has a uni-metal body along with a multi-textured finish. It has been thoroughly tested under extreme conditions to ensure that the handset doesn’t get scratches when an on object collides with it or when it is dropped accidentally.

HTC 10 has laser auto-focus module, and its cameras will be initialized within 0.7 seconds after the user taps on the camera app. It can save captured pictures in a RAW format.

HTC has announced that the flagship phone’s 12 ultra pixel camera can generate detailed high-resolution images when used in low light conditions. The camera is equipped with a unique f/1.8 bright aperture lens which makes this possible.

The OIS enabled selfie camera features aperture wide-angle lens. This handset from HTC has a liquid crystal display with 2K resolution. It has a fast fingerprint reader which can unlock your device within 0.3 seconds.

HTC 10 features a freestyle layout based UI. Thus, you can drag and drop objects on the home-screen anywhere you want. The handset will offer 100s of beautiful themes. You’ll not find annoying bloatware or duplicate applications in it.

This phone is loaded with Boost Plus application to free RAM, clean junk files, etc. It has a 3000 mAh capacity battery which supports quick charge mode and offers up to 48 hours of backup power.

Important details of the phone:

HTC 10 will rival LG G5, Samsung Galaxy A9, iPhone SE and flagship devices that cost within 40000 to 45000 Rupees. Please visit the official website for complete information on the HTC 10 phone.