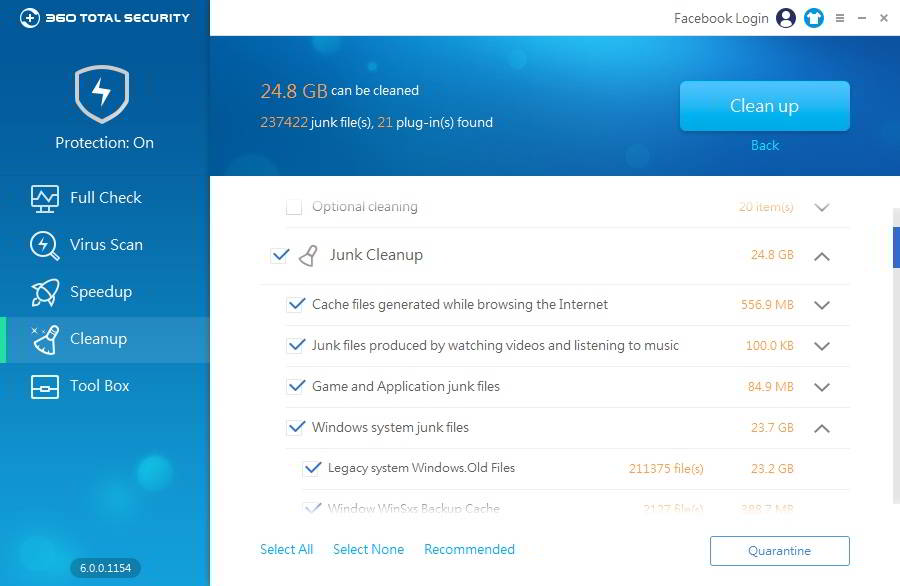 360 TS is the latest free system optimization and antivirus tool in the market. It was launched last year by the developer of 360 security Android app, Qihu. This application has promising features. In the coming months, it might be considered as a good alternative to System Mechanic, TuneUp utilities, and other similar software.

The installer of 360 total security is one of the best one’s I’ve seen till date. When you run the setup, you can specify the installation folder or language from its window. This application from Qihu requires minimum 125 megabytes of free space on your hard disk. The installation process will load the main application as soon as it exits. This free Windows software comes with the below tools.

This section of 360 TS includes three tools, patch up, system backup cleaner and sandbox. Downloaded software might be infected with malware, viruses. To safely execute such programs, you should use this utility. When I tried to use the sandbox tool, the application was throwing error. Here’s the screenshot for the same.

The patch-up utility failed to run as well. The last tool in this section, the backup cleaner will scan your PC for unused driver and system backup files. Once it finds junk files, this application will display a clear button with which you can remove the useless files residing on your Windows PC.

If you want to clean temporary system, old windows legacy files, unused browser plugins, cache file created by smartphone, PC suites, images, videos, run the clean utility of this app. This feature detects invalid shortcuts, useless plugins that have been stored in the storage memory of your computer. The UI of this tool is good. The calculations displayed on the interface are not accurate. As you can see in the below image, this app has detected 24GB of junk files on my PC. 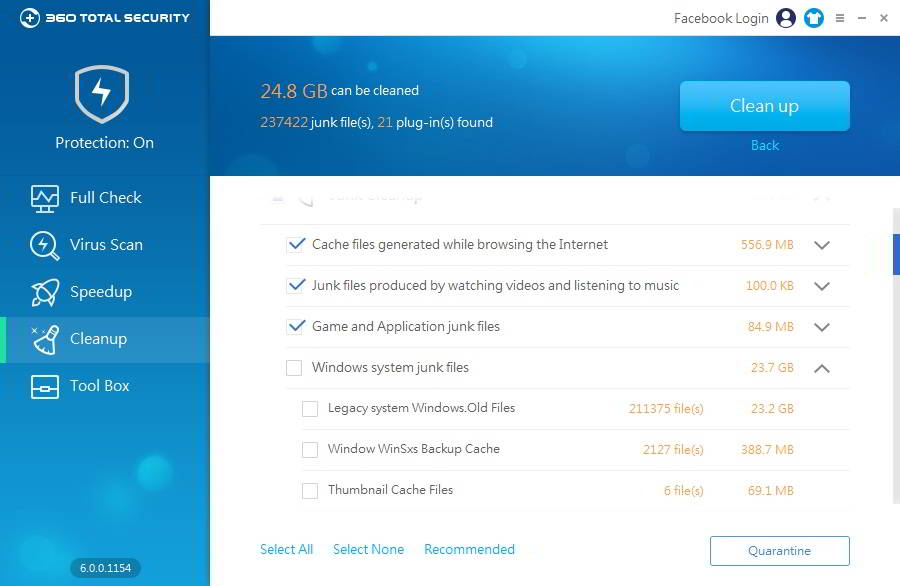 This section includes myBoottime and easy speedup tab. The first tab will display a graph of time taken by your PC to boot windows. Even after restarting my PC for a couple of occasions, the chart was not updated. The easy speedUp section includes utilities to optimize network speed, disable startup applications that are useless (according to 360 Total Security).

360 total security application features a cloud virus scanner. It has full, custom, quick scan options. Detected malware and virus files, invalid registry entries will be analyzed online before any action is taken on it. The rapid scan utility is fast. It will scan commonly installed apps, system settings, files, memory and other important locations that are often targeted by viruses. The user can whitelist detected malicious executable files. 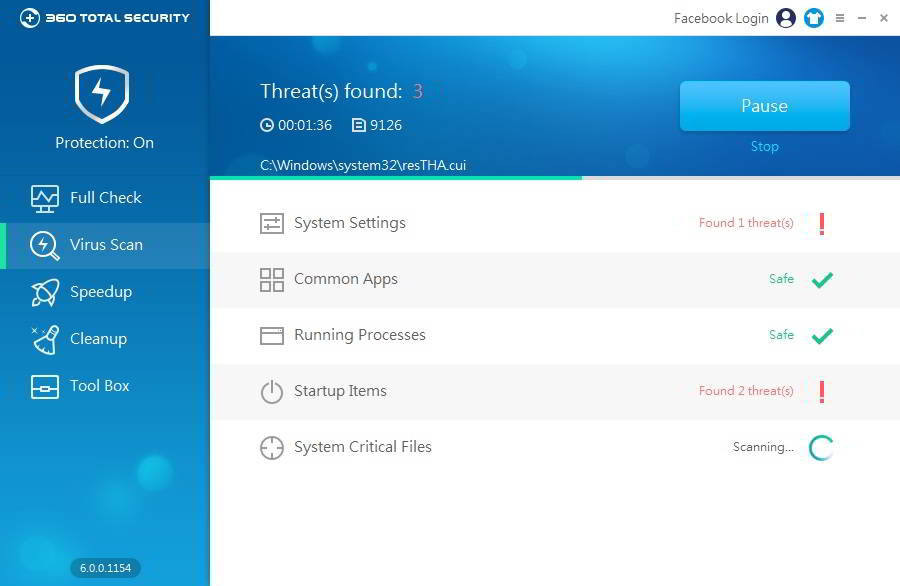 If you are impressed with this free software and if you want to make your friends aware of it, log in with your Facebook and Twitter account by clicking on icons that you see in the title bar. To be honest, this is a useless feature.

Full Check: If you run this utility, 360 total security will automatically run each of the tools mentioned above one by one. 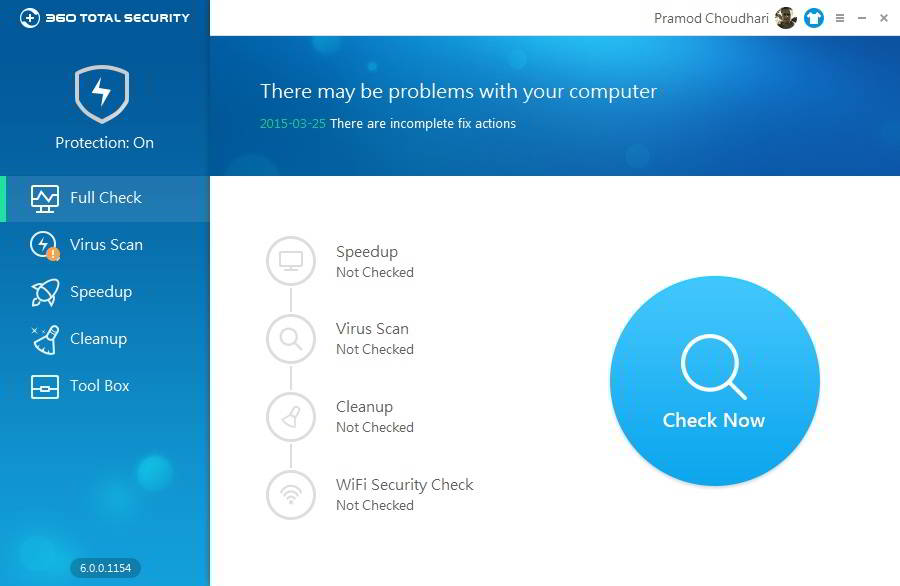 360 total security supports browser integration. Once it has been installed on your Windows computer, open your browser. On startup, you’ll be prompted to install the official 360 TS plugin. This plugin will prevent you from accessing phishing, virus infected sites. It will also scan every file you download.

Version 6.0.0.1154 of 360 TS is a poorly coded software, but its features are impressive. The virus engine is powerful as it detected two malicious files on my Norton Internet Security installed Windows 7 PC. The system cleaner has some features that you’ll not find in a similar paid software. The next release of 360 total security is expected to be free from the bugs mentioned above.