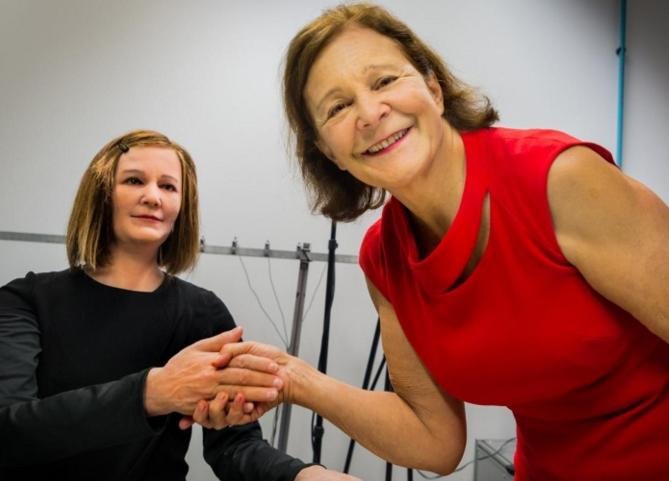 Robotic technology is improving rapidly. It is being adopted by factories, laboratories, hospitals and many other places to assist humans.

The robot that appears like humans is not a fiction anymore. A team of scientists at NTU Singapore has unveiled a social robot that resembles a woman. The Scientists have programmed the humanoid to respond and react when you call her Nadine.

Nadine functions as a receptionist at the NTU University. She has been designed to communicate with people. Not all humans are capable of remembering the names of all individuals they’ve met but smart machines can. Nadine will be able to identify you every time you come in front of her.

The robot can shake hands with people. It can express emotions like humans. Nadine comes with an intelligent software (similar to personal assistant apps like Siri, Cortana) that controls its behavior and communication.

This female robot is friendly, and it can be a great companion for lonely and elderly people. To lower the development and maintenance cost, Nadine can be incorporated as a virtual assistant in computers, mobile devices and laptops.

When I first checked the above image, it was not easy for me to identify the humanoid. Nadine delivers perfect expressions. Hats off to the team that has developed it.

One more robot that we would like to make you aware of is Vertigo. Vertigo has been drafted jointly by a company called ETH and Disney research team based in Zurich. 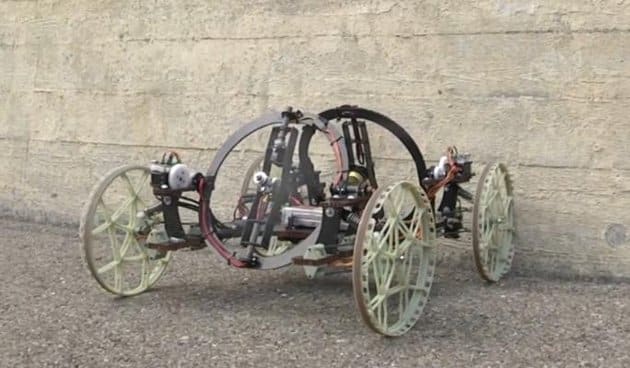 The robot is amazing because it can climb walls. It can give the best climbers in the world a run for their money. It is powered by a pair of propellers that exerts a force on the wheels as well as on the wall. Vertigo seems to be more efficient than the fictional character Spiderman as it can crawl on the wall quickly. Check vertigo live in action in this video.

The robot can be used in many ways. It can work along with firefighters, accompany soldiers, etc.

We don’t know whether Disney or Singapore NTU will launch these cool robots commercially. Vertigo can be made more robust, and Nadine seems to be finished product.