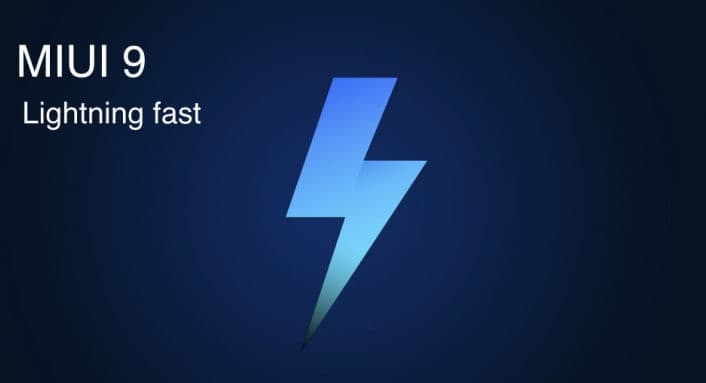 This week, Xiaomi has unveiled a new ROM called MIUI 9. During the launch event of MIUI 9, Xiaomi revealed an interesting fact that its MIUI ROM has 2.8 billion active users. The number is staggering. Facebook, the world’s largest social network has 2 Bn users. The latest ROM is the successor of MIUI 8 and it is built on the latest Android 7 operating system.

Developer aka Beta version of MIUI 9 will be available for download in China from August 11 onward. Xiaomi users in other countries must either flash China version of MIUI 9 to try out the latest ROM or wait for an indefinite time as the Chinese firm hasn’t announced the launch date of MIUI 9 global ROM.

The latest MIUI comes with many new features. Most importantly, it will update the OS on your phone to Android 7.1.1. Let’s have a look the new features MIUI 9 will provide to its users.

MIUI 9 can suggest apps based on the text content on the screen. e.g. Suppose you’re a reading a blog post about the latest WhatsApp features and the smart app launcher is active. Once you begin reading the content, the launcher will display a small banner/dialog box just below the browser. The banner/box has the option to open WhatsApp messenger on the phone.

Xiaomi MIUI 9 employs a powerful Dynamic Resource Allocation algorithm to make sure that apps get enough RAM and processor for executing their tasks.

MIUI 9 can automatically remove useless files that can adversely affect the performance of the system. It has a new and faster file system which is powered by smart anti-fragmentation function. Apps in MIUI 9 open faster, thanks to the intelligent CPU and processor scheduling algorithms.

Searching for files is one of the frequent and important tasks carried out by the mobile phone users. When the search utility has basic features, users will move on to another app. Knowing the importance of search tool of a phone, the Chinese phone manufacturer has made several improvements to the search module in MIUI.

The gallery app in MIUI enables you to find photos containing people. It can display the phone screenshots and pictures that were taken at a specific location.

Unlike the reverse image search tools that accept pictures as input, Xiaomi search accepts keywords as user input and displays the photos that match the keywords.

People love MIUI because it has cool UI and nice animations. The MIUI 9 will take the legacy of MIUI forward as it features new effects, wallpapers, and four refreshing themes.

The ROM ships with the theme manager app that gives you access to tons of free themes. You can change themes or download new wallpapers anytime you want. Users can set an effect for swipe gestures, etc.

3 reasons MIUI 9 is not worth downloading?

1) System resources in computing devices are allocated to processes dynamically. Apps don’t have fixed memory or processor cycle usage requirements. A good example for the same is a browser app. When you open tabs in a browser, the memory usage of the browser will increase. The Dynamic resource allocation is a confusing feature of MIUI 9.

2) The app launcher may frustrate some users as it reduces the viewport size. It resembles a banner advertisement that you’ll usually find in apps and mobile websites.

3) Google is all set to roll out Android O update and most Xiaomi devices are still running on Android 4.5, 5, or 6 OS.

Although Android N supports older devices, the MIUI 9 ROM, which is based on Android 7.1.1 OS supports mobile devices Xiaomi had launched in 2016 and 2017. Devices Xiaomi had introduced before 2016 are still running on outdated OS.

Users who were eagerly waiting for MIUI 9 update will now breathe a sigh of relief. If Xiaomi doesn’t roll out the update to our device, don’t be disappointed! Download Lineage OS and flash it with TWRP to enjoy latest Android OS.