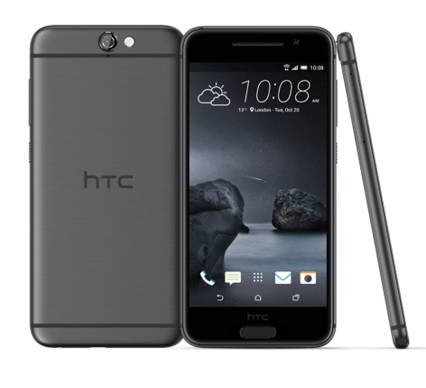 HTC seems to have ditched cheap phones as it has launched a mid-ranger Android device yet again. Yes, that’s right! The company’s latest mobile is One A9. Many people are desperately waiting for the Taiwanese tech giant to launch its alternative to Moto G3, K3 Note, etc but HTC seems to be in no mood to do so.

Samsung is struggling in India and China but it has not yet given up. It is still launching Android as well as Tizen OS based budget phones for the Indian masses. A week ago, the company claimed that Tizen is the 2nd most used mobile operating systems in India after Android. HTC should learn from Samsung.

Anyways, HTC has announced that latest Android OS update will be available for the A9 within 15 days from the day Google launches it.

HTC One A9 uses Snapdragon 617 64 bit processor which delivers slightly better 4G LTE performance than the 615 chipset. If you go through this official SoC comparison page on Qualcomm’s website, you’ll notice that the 617 chip supports global mode LTE connections and cat 7 technology that promises download speeds of up to 300 MBPS. It is compatible with screens having 1920 x 1080 pixel resolution. Snapdragon 616 supports 2K displays.

Anyways, the SoC of One A9 is paired with Adreno 405 chip and it has 64 bits architecture for superior performance.

HTC One A9 features Android Marshmallow OS (version 6.0). It supports playback of 1080p videos at 60 FPS.

It includes 3G RAM. It is the first mid-range phone from HTC to feature 2+ gigabyte system memory. This Android 6 phone has Amoled FHD 5 inch display. Its screen is covered with Gorilla glass 4 protection.

Battery backup offered by A9 seems to be ordinary because the task to power the octa-core processor and 3GB RAM is assigned to a 2150 mAh capacity battery.

The cameras are powerful too. As seen in many other HTC phones within 25000 range, One A9 features a pair of 13 MP back and 2+ MP front sensors to handle user’s photography/selfie craze.

The back sensor is coupled with a dual LED 2 tone flash system. It includes support for optical image stabilization, PDAF, raw imaging, etc. The front side of A9 boasts 4 ultra pixel FHD sensor.

Along with Marshmallow OS, HTC has installed its own UI system in this handset.

HTC One A9 is incorporated with 6 sensors (including fingerprint module). It is light weight phone with 7.3 mm thickness. If you’re in the US, you can this phone in an unlocked condition on HTC’s online shop for 400 dollars i.e around 24000 Rupees. Supported carriers are AT & T, T-mobile, and sprint.

HTC One A9 will retail in India for the same price tag. It is likely to be sold via Amazon, Flipkart or Snapdeal.