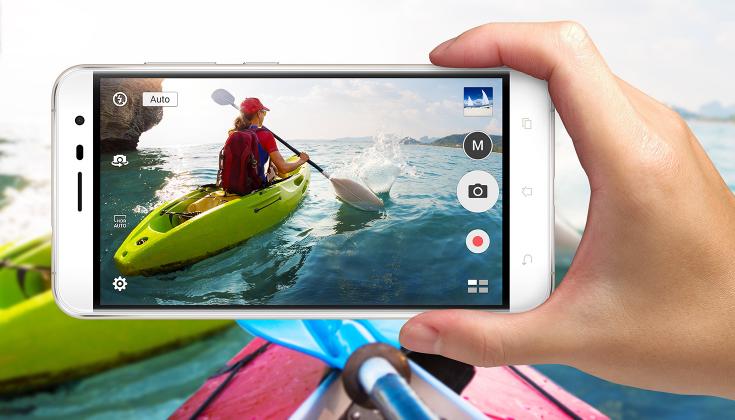 Unlike other companies that wait for the mobile world congress event to unleash their new products, Asus showcases its new and flagship products at the Computex event which is occasionally held in Taipei. This year’s event has marked the entry of 3 new Zenfones, the Zenfone 3, Ultra and Deluxe and a new Ultrabook called the Zenbook 3.

The new devices were unveiled by none other than the Chairman of Asus corporation, Mr. Jonney Shih. They are beautiful as well as powerful, thanks to the Qualcomm chipsets.

The cheapest phone among the three devices is the Asus Zenfone 3. It will cost around Rs 16000 in China as well as in India.

The handset offers premium design for a decent price tag. It boasts metallic frame and Corning 2.5D Gorilla glass four layers on the rear as well as the front side.

This version of Zenfone doesn’t have SD 800 series processor. Asus has equipped the Zenfone 3 with an octa-core 2.0 GHz Snapdragon 625 processor, which is based on 14nm technology and Cortex A53 architecture.

Chinese companies are taking the competition to a whole new level with every new phone launch. Because of high-end configuration, they’re making Flagship mobiles from LG, HTC and Samsung look outdated.

Asus claims that because of this processor, the Zenfone 3 Deluxe offers 300 times better performance than its predecessor.

SD 820 and the AD 530 processors are powerful as well as energy efficient, claims Asus.

Asus Zenfone 3 Deluxe uses never before heard modules which include the TriTech Auto Focus system. This AF module takes just 0.03 seconds to focus on an object which the user wants to capture.

The Zenfone 3 and its deluxe version have a next generation and multilayered fingerprint reader which recognizes up to 5 fingers. You can hold the device in landscape or portrait mode to unlock it because the fingerprint reader supports 360 degrees recognition.

Asus Zenfone 3 Deluxe will offer excellent music experience to its owner. The handset has SonicMaster sound hardware and five magnets equipped speaker module which supports playback of music files at 192 KHz frequency. It has been awarded the high-res certification.

The Zenfone 3 packs with the same sound modules as found in its deluxe version.

Powerful hardware should be utilized wisely by the software else the user will report on heating issues and performance problems. Asus has installed Zen UI 3.0 in the Zenfone 3 Deluxe and the $250 Zenfone 3. ZenUI is based on Android M. Hopefully, the new and improved software from Asus will not disappoint the users.

Zen UI features the Game Genie app which helps you in boosting the game’s performance while you’re playing a game on the mobile device. It lets you stream your gameplay on video hosting sites like Twitch, YouTube, etc.

Many people in India were eagerly waiting for the announcement of Asus Zenfone 3. Although the wait has now been over, people looking forward to buying budget handset will not be happy because the three new mobile phones are priced at Rs 15000. It looks like Asus in no mood to compete with Xiaomi, Lenovo, and LeTV or it has some special announcement for Indian markets. Share your thoughts on the latest Asus Zenfones with us.

HTC brings Desire 326G and E9 plus phones to India