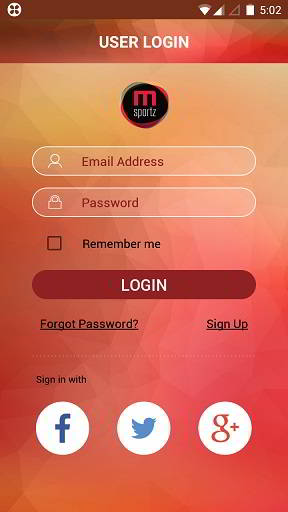 Tech Mahindra, one of the top IT companies in India has launched the mSportz mobile app that will stream your gameplay to the internet. mSportz is not a new concept as video sharing websites like YouTube and Twitch allows you to share your gameplay videos with others . When you’ll browse these two sites, you’ll find live streams of the PC games.

When the user has signed in, he will find a list of game videos uploaded/shared by other users. The app will start playing the video immediately when you click on it. When a file is being played, the user can write his review of the gameplay in the form of a comment.

Like Facebook, YouTube, and many other platforms, the user is allowed to like the uploaded videos in MSportz. The app displays the number of times the video was played. It displays the size of the file in megabytes and a hyperlink to game’s official page on the play store.

MSportz app lets you share the video on other platforms. It allows you to switch to a full-screen view.

If your Internet connection is not fast, you can change the resolution settings so that a smaller file will be generated or lower quality video will be played. The app lets you select one of the 5 predefined resolutions. You can also specify a bandwidth and FPS. You can tweak these 2 settings to suit your connection speed.

MSportz features a privacy section in which you can configure the app to terminate all incoming calls when a live stream is being played.

When the user taps on the start playing button, mSportz app will display 2 options i.e. broadcast and record. To live stream the gameplay, tap on the broadcast option. For capturing the screen, chose the record option.

MSportz has a user profile section in which you can upload your profile picture. It lets you follow other mSportz users and at the same time you can check how many gamers are following you. To find videos of your interest, you can use the app’s inbuilt search tool.

MSportz is the 2nd Android app published by Tech Mahindra Limited on the Google play store. In June last year, it had introduced a Yoga app for health conscious people.