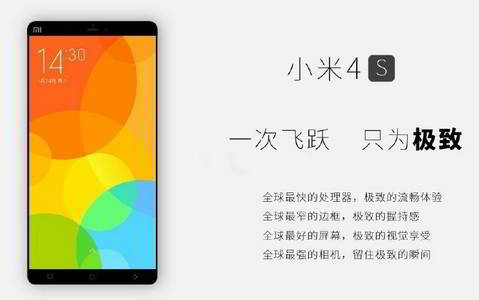 According to the leaked roadmap of Xiaomi, the Chinese MNC is planning to launch 2 successors to Mi4 handset this year, the Mi 4s and Mi5. It is also expected to introduce 3 new Hongmi series handsets (2A, H3X, Note 2 Pro) by the end of November 2015. All these phones will be first made available in China via Xiaomi partner offline/online stores. They are also expected to be introduced here in India.

Mi 4s has been scheduled to be launched next month (June 2015). The roadmap has claimed that this phone will feature octa-core Qualcomm Snapdragon 801 processor. It will have four megapixels selfie camera and an optical image stabilization technology supporting 13.0 MP back camera.

Mi 4S is expected to be stuffed with either 2 or 3GB of RAM. Note 2 Pro will boast Snapdragon 615 CPU, FHD 5.5 inch screen and it will pack with the same cameras as Redmi Note.

Hongmi or Redmi 2A is a lead core microprocessor phone. It will pack 2 or 1GB of RAM along with HD 4.7-inch screen. This handset is expected to get a price tag of within 5000 to 8000 Rs. It will be launched by 15th of July 2015. Mi5 will be the most powerful Xiaomi handset launched till date. It will feature high-end specifications that include the latest generation of Snapdragon 800 series CPU (Snapdragon 820).

Mi5 will have a 4K resolution set touchscreen display that measures 5.2 inches. It will ship with 20.2 MP high-resolution camera. Mi5 will cost you between 25K to 35k Rupees. Yesterday, Xiaomi had launched Mi Note Pro (a phone with 4GB RAM) in its home country. You can expect Mi5 to feature the same volume of RAM.

H3X aka Xiaomi Redmi Note 2 will be a budget handset with Snapdragon 410 processor and lollipop OS based MIUI. Its other specifications (including pricing) will remain the same as Redmi Note.

As you can see above, Xiaomi is working on plenty of powerful affordable low budget and mid-range mobile phones. It is also developing the successor to MIUI v6. What do you think about these upcoming Xiaomi phones?