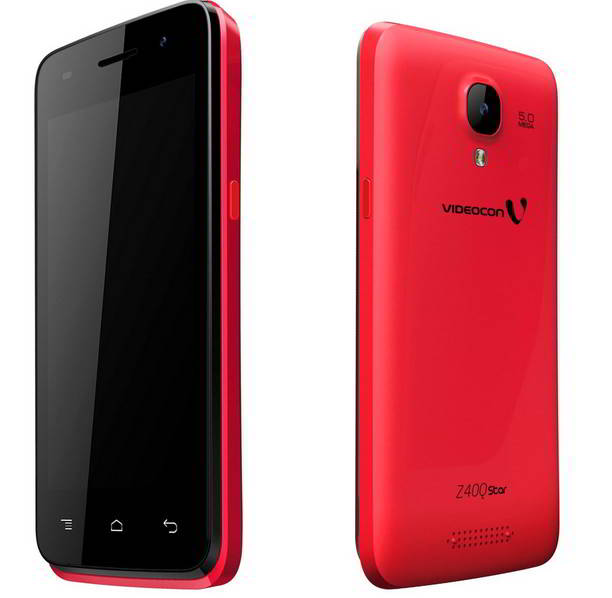 Share
Facebook
Twitter
Google+
Pinterest
WhatsApp
After enjoying good success with its recently introduced Nova series of budget handsets, the mobile phone manufacturing wing of Videocon industries has today launched 2 new 3G phones in its Z – the Z50Q and Z40Q. These 2 devices carry a price tag of Rupees 6000 and 4500 respectively and they come installed with V-safe, V-Secure apps. According to Videocon, V-safe is an Android app that takes care of your kids, wife’s, sisters and parents safety. V-Secure keeps your handset free from all types of viruses, worms, and malware.

Videocon Z40Q offers good features for its price 4500 Rs price tag. But it will have to compete with some good phones like Karbonn Android One, Lava IRIS Win1 that retail for a price in 4500 to 5000 Rs range. This Android Kit Kat device has been installed with 512 megabyte RAM.

It features a VGA front camera and a 1500 mAh capacity battery. Z40Q star houses a 4 inch IPS display with touchscreen support. It has a 480 x 800 pixels resolution. This 4500 Rs mobile has a 1200 MHz processor and it comes with support for 3G network connectivity.