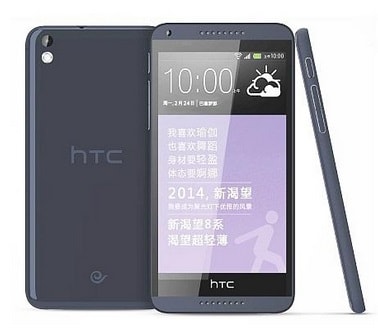 Taiwanese MNC HTC has unveiled its Desire 610 and 816 phones at the mobile world congress event. Expected to be priced within 20000 – 30000 Rs, these 2 desire series phones will go on sale from next month onward. Both Desire 816 and 610 have the necessary hardware to connect to the high-speed 4G LTE networks and have a quad-core processor. More details on these 2 phones are available below –

HTC Desire 816 Specifications: This phone has a 1.6 GHz Qualcomm Snapdragon processor installed along with an Adreno 305 GPU. This smartphone from HTC has a 1.5 GB of RAM and an internal storage memory of 8GB. The phone has a MicroSD card slot that supports a 64GB MicroSD card.

HTC Desire 610 Specifications: Powered by a 1.2 GHz speed version of a Qualcomm Snapdragon 400 processor and an Adreno 305 GPU, this budget smartphone has Android jelly bean 4.2.2 OS installed on its 8GB onboard storage memory. Desire 610 sports an IPS capacitive 4.7 inches touchscreen display that has a 540 by 960 pixels screen resolution.

This phone has 1GB DDR3 RAM and supports storage expansion via a 64 GB MicroSD card. Desire 610 has a 1.3 megapixels front and an 8 megapixel back camera. The rear camera has LED flash and supports 720p video recording. Packed with a 2040 mAh battery, this phone supports 4G LTE network connectivity.