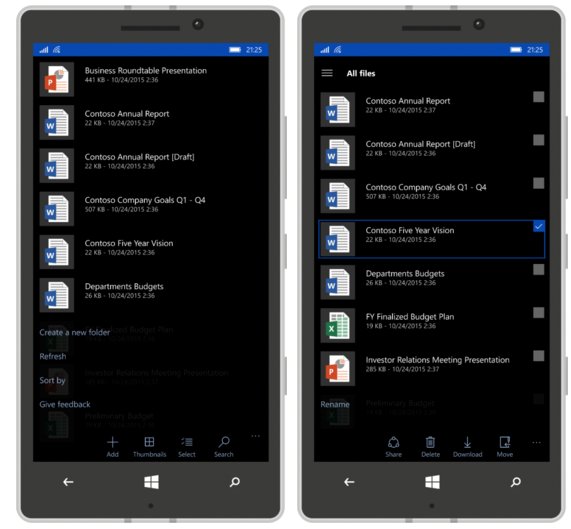 A few days back, the Microsoft Corporation had cancelled its free storage plan on OneDrive cloud platform claiming that some users are abusing the generous offer. After many loyal users expressed their dissatisfaction with this move from Microsoft, the company decided to re-introduce the free storage option with some important modifications (new limitations). Users have signed up for free OneDrive cloud storage will now get just 5 GB space instead of 15 GB.

Today, Microsoft has come up with a good news for business or paid users. Customers who have opted for premium Office 365 subscription will now enjoy unlimited storage on the cloud platform. Earlier Microsoft offered an impressive 1TB space to the customers.

Microsoft will be adding new storage systems to execute this plan. By 1st Jan 2016, the available free space for customers will be increased to 5 terabytes. My the end of March, OneDrive subscribers will be able to save unlimited documentations, spreadsheets, presentations online.

Microsoft has removed some limitations from OneDrive for business, but it will be difficult for customers to trust the company because of its recent action against free users. Let’s see if this platform attracts more customers or not. 5+ TB is a lot of space for a regular user and most companies like to save their confidential docs on their own servers.

Microsoft’s desktop tool for uploading data to OneDrive has been improved. The company claims that the sync client is more reliable than ever. The software now performs better on machines with low-end specifications.

The OneDrive client for desktop doesn’t have the 20K file limit. It now allows you to transfer large files (size of up to 10 gigabytes).

Microsoft will be rolling out an update for the newer version of the sync client for Macintosh and Windows OS running machines within 1 or 2 months.

Microsoft Corp has launched a revamped OneDrive app for Windows 10 phone OS. The app now allows users to make changes to files stored on personal as well as the business version of OneDrive storage platform.

OneDrive for iPhone and iPad now lets you flag multiple files for making them available offline. When the files are downloaded on your device, the app will open them for you.

There’s a couple of exciting news for the developers as well. Microsoft has unleashed the OneDrive API so that developers can create software modules to play with the files saved on the cloud platform. It has also introduced the latest version of the JS picker software development kit.

Snapdeal will now refund your money within an hour