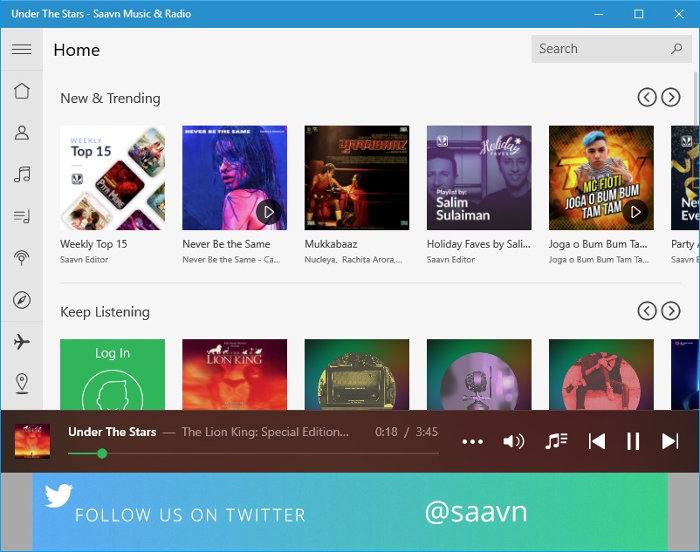 Saavn and Gaana are two of the most popular music streaming services in India. Gaana is a web property of Times Group. Saavn is run by NRIs based in the US. Gaana is operating in only one country i.e. India. Saavn has a presence in 199 countries.

The two music streaming sites lets users listen to unlimited songs for free without registration. I’ve been using the two sites since January 2016. Below, I’ve compared the features and plans of the two services.

Frankly speaking, no one cares about the number of songs a website gives users access to. Music streaming sites have 10+ million files in their library.

According to Spin, US citizens spend 4 hours every day in listening to music. Which means a person in the US will listen up to 1.5 million songs in his lifetime. Confused? Let’s do some math. Suppose the length of a track is 6 minutes. 1 hour equals 60 minutes. Hence, a person listens to 10 tracks in an hour.

What should you care about?

The interface of Saavn and Gaana app is clean and user-friendly. The apps have the option to explore the collection of songs, playlists, search bar, etc. Saavn features white and light green color interface. Gaana boasts a dark background with red color buttons and text.

Saavn features a “surprise me” option which will load a random popular playlist. This is a great feature. If you want to discover new songs or listen to popular tracks, you should try out the Saavn Suprise Me feature. Gaana doesn’t have an option to load a random playlist.

Finding a song is easy in Saavn. If you type the name of the singer or music composer and hit the enter button, Saavn will display a list of songs. It will also display the number of songs the app has found. Saavn shows 10 search results at a time. It also displays an option to open the next list of songs.

When you enter the same search query in Gaana’s search box and press the enter key, you’ll see 3 or 4 search results and albums where you are likely to find the song. It will also display the option to display all search results. Unlike Saavn, Gaana will load songs when you scroll down the page.

If you’re listening to a song in a playlist, you can change the order of songs in Saavn but you can’t do so in Gaana.

Saavn and Gaana provide an option to choose their preferred bitrate. Both apps can stream music at 16 Kbps and 128kbps. Gaana lets Pro users listen to songs in HD quality (320 Kbps).

If you’re using a slow internet connection, you can stream songs in low quality to prevent lags. If your internet speed is fast, you must select the song quality to medium. When it comes to sound quality, I’ll rate Gaana higher than Saavn.

Saavn and Gaana have cheap subscription plans which allow users to:

Gaana offers 4 plans and the subscription cost for the same starts at Rs 99. The plan is ideal for the users who want to try out Gaana. The yearly plan costs Rs 999. Saavn subscription plans are same as that of Gaana. Both apps are available for download on Windows Store, iTunes, and Google Play Store.

Why there are just a handful of music streaming sites?

Producers hold copyright on the songs that are a part of their movie. Companies must buy a Music Synchronization License to stream the songs. Buying a license for hosting copyrighted music is not a piece of cake.

If a website streams songs without obtaining its rights, its owners will face legal action. Only companies with deep pockets can buy a license. This is the reason why you won’t find a lot of music streaming apps or websites on the web. 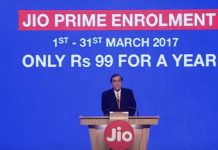 Jio Prime Membership offer: Is it the best mobile broadband plan in India?