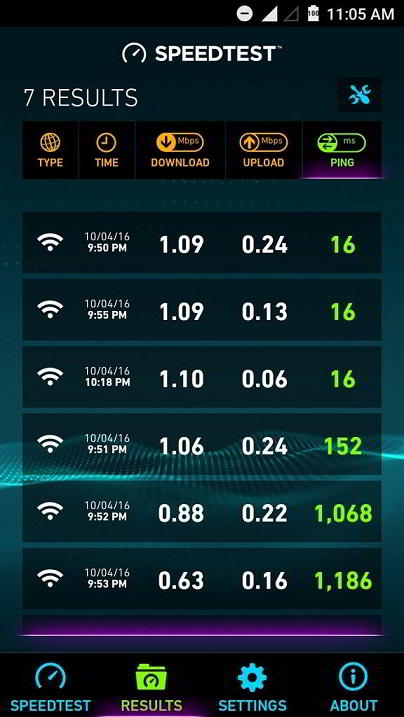 In September last year, I moved to a new apartment in Surat, Gujarat. My ISP that time was Tikona. I was subscribed to the Tikona 3.1 Mbps plan. After moving to the house, my internet connection stopped working. I contacted Tikona customer care and learned that Tikona doesn’t provide internet service in my area. I canceled the subscription and handed over the CPE to the Tikona executive.

The Internet is one of the most vital necessities for me. Thus, my search for a new and reliable ISP started once again. I used Google to find the best ISP in Surat. While researching, I learned that BSNL, GTPL, Airlink, You Broadband, Airtel, Reliance are the top internet service providers in Surat.

I contacted the customer care of each of the above-mentioned ISPs. To my surprise, none of the ISP excluding GTPL was offering broadband connection in my area. As I had no other option, I had to go with GTPL.

GTPL has many subsidiaries in Surat – DL GTPL, Kaizen and so on. The parent company offers cheaper plans than its subsidiaries. Along with the broadband services, this company offers set-top box based cable television services in some states.

I’ve been a DL GTPL customer for nine months. Below is my review of this ISP:

Two executives of DL GTPL were sent to my place to set up the internet connection. They laid a fiber optic cable to my apartment and configured the router so that I could connect my laptop and the smartphone with the web when needed. They charged Rs 500 for the router setup and fiber optic connection.

GTPL and its subsidiaries don’t have any postpaid broadband monthly plans. Payments should be made in advance. They have a portal where you can check your bandwidth usage, expiry date, uptime, etc.

My experiences as GTPL customer in 2016

Initially, I bought the 2 Mbps 60 GB plan which had a validity of 3 months. The plan was activated immediately after the payment of Rs 2870. Because of the rollout of Microsoft Windows 10 update and heavy data usage, I reached the GB limit within one month and 15 days. I then bought the six months 1 Mbps unlimited plan for Rs 5100. In those six months, my data usage reached up to 400 GB.

In the eight months, the only major issue I faced was the connection didn’t work for 16 straight hours because the owner of the building where the main switch was placed had some issues with DL GTPL. The support guys had to relay the fiber optic cables.

GTPL internet connection is reliable, but you may face connectivity issues when there’s power cut in your area or in the apartment where the executives have placed the switches/routers.

Here are the latest unlimited broadband plans of DL GTPL:


Note: If you subscribe to Day/Night plans, GTPL will provide free unlimited data for a year or six months.

As mentioned earlier, GTPL broadband plans will be cheaper than that from its subsidiaries. GTPL doesn’t offer internet service in every part of Gujarat or Rajasthan. Its subsidiary might offer services in your area.

Unlike popular internet service providers, you can directly get in touch with the technical support executive if you’re facing connectivity issues.

If there’s some issue, you can contact the TSE and your problem will be solved within a few hours. If there’s a major issue, the resolution will take within 24 to 36 hours.

As the broadband connection is offered through fiber optic cables, the ping time (latency) is minuscule (below 20 ms). Thus, download speeds will remain constant for most of the time. Due to low ping time, you can enjoy multiplayer games.

I had a horrible experience with MTS Mblaze WiFi dongle. The speed offered by the 3G plus dongle was not up to the mark. GTPL offers internet speed as per your subscription plan. If you’re subscribed to unlimited 2 Mbps plan, you’ll get download speed between 1.4 to 2.0 Mbps (150 KB/s to 200 KB/s). The speed may vary in day-night plans.

Upload speed will be 1/4th of download speed. You can get better speed if you subscribe to the special GTPL upload plans.

GTPL offers internet plans that have a speed starting from 512 Kbps till 10 Mbps. They offer 3, 6 and 12 months limited as well as unlimited plans.

Conclusion: If you’re searching for a good broadband connection in Ahmedabad, Baroda, Jaipur, Jodhpur, Nagpur, Pune, Rajkot or Surat regions, tryout GTPL (or its subsidiary Kaizen or DL GTPL). The plans are as good as internet plans provided by You telecom, Airlink, Hathway, and the service is reliable.