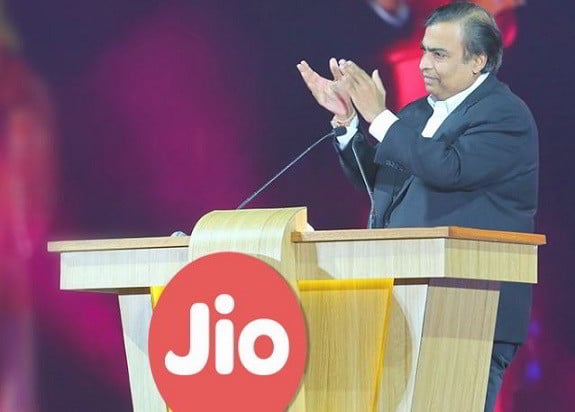 Good news folks! Reliance JIO might launch Gigabit broadband services before 2017. Some twitter users have shared an image which shows JIO providing 90 to 100 Mbps download/upload speeds to them. They have also revealed that JIO has offered them 3 months of free unlimited FTTH internet. The company is providing CPEs to randomly chosen people.

JIO began testing its 4G network with a limited number of users. After AGM last year, the beta testing offer was made available to buyers of Reliance LYF phones and then, RJIL converted the beta testing to preview offer and extended the same to users of non-LYF devices.

RJIO might employ the same strategy to promote its Gigabit broadband services. It might introduce FTHH under Reliance GigaFiber brand. Users subscribing to GigaFiber connection may get three months of free unlimited 1 Gbps internet as a part of Welcome/Preview Offer.

If you are not aware, the latency of internet connection offered with Fiber Optic line is remarkably low. So, if the connection is consistent, YouTube videos will never buffer even if the download speed is 400 Kbps.

Reliance will launch its JIO GigaFiber broadband plans in metropolitan cities which include Mumbai, Delhi, Kolkatta, Pune, Ahmedabad, Bengaluru, Hyderabad, Surat, etc. I’m not sure when Reliance JIO will introduce FTTB broadband services, but because of the BSNL’s latest offering, RJIL may launch its broadband service this year.

BSNL has promised to offer a minimum 1 megabit/sec download speed. Some news reports claim that the company might upgrade the 1 Mbps speed to 2 Mbps. If this happens, customers will be happy with BSNL.

BSNL has announced Rs 249 wireline broadband plan. As per the plan, the user will get 300 GB of data for a month. The minimum download speed will be 2 Mbps.

Right now, I’m using unlimited broadband plan from a local ISP. I’m planning to move from this ISP to BSNL.

Will BSNL and other ISPs survive after 1st Jan?

The Government of India owns and runs Bharat Sanchar Nigam limited. The GOVT owned company will try its best to retain customers. In fact, it has started doing so by launching new broadband and 3G plans. Do you know? BSNL is the only company to offer truly unlimited 3G plan which costs Rs 1099.

Companies like YouBroadband, Tikona, Hathway, GTPL, Spidigo have attractive plans. But they provide mediocre customer service. They might provide more data than JIO, BSNL to attract more customers. If these two firms introduce mouth watering plans without FUP, plenty of users may switch to them provided they offer service in customers area.

Local players must provide unlimited data with better tariffs than Reliance JIO and BSNL to survive. ACT FiberNet is playing the right cards. It offers high-speed broadband plans at dirt cheap tariffs. Unfortunately, ACT has its presence only in some cities.

Best GPRS plans in India with Settings and tariff details

Using Libre office as a cloud platform is now possible with...